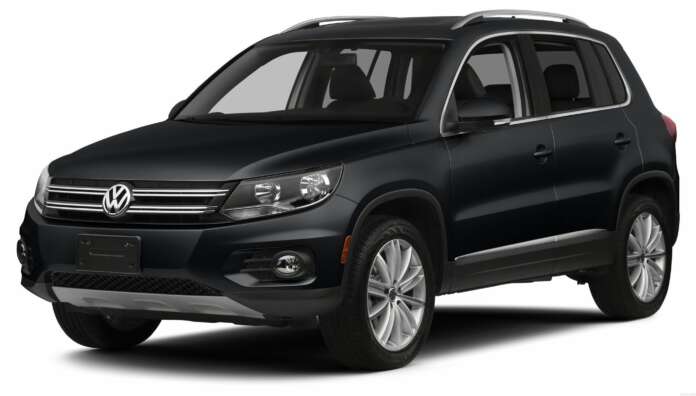 Volkswagen has fully prepared to make a blast in Indian car market with its first compact SUV named Tiguan. As SUV is becoming an ever developing trend in the market, hence this German auto company is all set to bring a competition for the other cars in its segment like Nissan Terrano, Renault Duster, Mahindra XUV500 etc.

The SUV’s basic model is expected to be in the competitive price of 8-9 lakhs while the end variant price could be around 14 lakhs; this price range is tentative though. It is said to be launched in India in early 2014.

Under the hood, the Tiguan is expected to have 4-cylinder, 2.0 liter diesel engine and 1.4 liter petrol engine designed by Bluemotion Technology and mated with 6-speed automatic transmission gearbox. Also the max power produced by this diesel engine could vary from 108.4bhp to 167.6bhp (depending upon its variants). It will churn out the peak torque of 320 Nm which will provide a good drivability. This Bluemotion technology helps the engine to perform as refined and more fuel efficient. It could also have all-wheel drive (awd) as an option.

It is a small SUV which offers the seating capacity for five and has dimension of 4430mm in length, 1800mm in width and 1700mm in height with the ground clearance of 175mm (as reported till now). It has a spacious cabin which offers 670 liters of boot space which can be extended up to 1550 liters by folding down the rear as well as middle seats.

Like Volkswagen’s all other models, it also made with the good quality material which includes attractive dashboard layout, electric steering wheel, smooth controls which people have also felt in VW Polo and Jetta. The air vents in vertical shape on the centre console screen is the newly equipped which now make the availability of total 10 air vents including the two for rear passengers. It is also well equipped with all the required safety features.

It has been launched in European countries and provides an ARAI certified mileage of 20-22 km/l but this mileage figure would definitely reduce on the Indian roads, especially in rural areas. The claimed top speed of this SUV is expected to be 186km/h and achieve 0-100km in 9.2 seconds. It is expected to give a comfortable as well as balanced performance on roads due to its strong braking system, low end torque and light weight but the remaining and accurate detail could receive only at its launch.

Volkswagen aims to be on the top in car market and for this, the company has to develop its car volumes in the market. Its necessary for the company to provide a satisfactory as well as premium quality model in each segment. But this time, the most necessary thing for the company to concentrate was to provide a compact SUV with affordable price because it is that segment which is ruling among all others available in car market. VW has realized this need and as a result, now its first SUV is going to make a debut in India soon. Stay tuned here for more and latest updates.