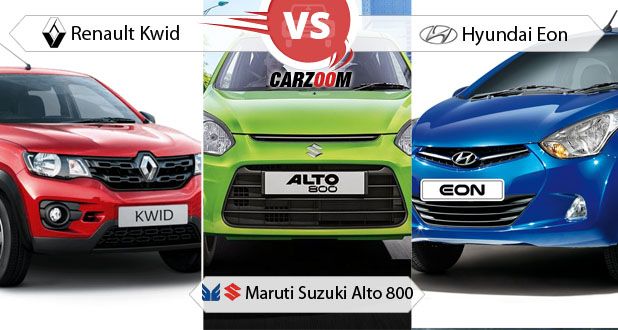 Renault Kwid has storm the Indian entry level car segment with its fantabulous numbers thanks to its novel design approach. In an overcrowded segment with cars like Maruti Alto 800 which has been dominating the market for ages along with Hyundai Eon, the Kwid still manages to retail over 9,300 units last month. To top it, it already crossed more than 1, 50,000 confirmed bookings since launch. The car has been consequently posting an impressive growth since its launch and moving closer to the top spot. With many first in class features, spacious cabin Kid throws a challenge to best seller car in the segment Alto 800 and Hyundai Eon. Maruti seems to facing the heat and to cop up with that it has launched the facelift version of Alto 800 to keep its pole position strong. Last month, Maruti Sold 15750 units of Alto showing a massive decline of 25 percent as compared to same month of corresponding year. The full fledge facelift is still 2 years so Maruti gave it a mid cycle update but would this be enough to Stop Kwid Mayhem? We let the time answer this question and present to you the comparison of the trio to know how they fare against each other. 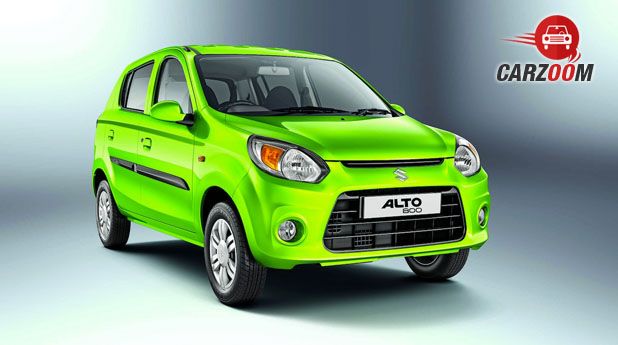 Renault has launched Kwid in the price tag between Rs.2.62- 3.67 lakhs which undoubtedly is very competitive as Alto 800 facelift is priced between INR 2.49-3.76 lakhs and Eon between INR 3.25-4.39 lakh makes Kwid a very strong value for money preposition considering what it is offering.

Renault have gone for the kill and done everything right with the Kwid right down to the killer pricing which does make it an unbeatable package.

All cars are powered by 3-cylinder petrol engines while Eon also has LPG trim and Alto 800 CNG. The Kwid houses an all new 799cc petrol engine which belts out a power output of [email protected] and 72Nm of [email protected] The Alto 800 facelift delivers power and torque output of only 47bhp and 69Nm respectively which is least among the trio. The Hyundai Eon comes with two engine options; one is 55bhp engine and second is a powerful 1.0l engine which is good for 68bhp and 94Nm of torque. All cars come with five-speed manual gearbox as standard.

The Kwid with 25.17km/l delivers a segment best fuel mileage while the Maruti Alto facelift 800 comes with improved mileage of 24.7 km/ltr followed by Eon with a fuel efficiency of 21.1km/ltr. In terms of performance, Kwid shines through after an initial turbo lag and offers impressive ride quality and handling. The power figure cannot just decide the performance of the vehicle as despite of having lower output figures Alto 800 drives a lot better than Eon with pretty good refinement levels.

Being a larger car has its own advantages and Kwid with a tall and wide stance, is a clear winner in terms of space as compared to other two cars. In addition, segment best wheelbase of 2422mm makes Kwid the most spacious among the three. There is ample legroom and headroom for the rear seat passenger due to well-packed cabin. Though, both Hyundai Eon and Alto 800 too have seating capacity for 5 passengers but Kwid offers more and better space than the other two. At the front side, Kwid offers substantial knee room and headroom space as compared to the Alto 800. Moreover, the Kwid does not feel cramped at all at both front and rear.

We Indians have a nutty attraction towards SUVs and French carmaker’s latest offering just nailed that nuttiness and 50,000 bookings is a testimony to the fact. Already, Kwid’s SUV-ish design has logically made it the biggest and widest car in the comparison and that too by a significant margin.

Kwid is the first Renault to be based on new CMF-A platform that will also be the part of upcoming Datsun Redi-Go. Tall stance, sweptback headlamps, flared wheel arches; side body cladding gives it the crossover styling and makes it the smartest looking hatch among the trio.

On the contrary, Maruti Alto 800 has become a familiar sight on Indian roads and the design still looks monotonous despite of the removal of chrome for the grille. The front now looks more aggressive and tweaked familiar tail lamps and strong shoulder lines add character to India’s favorite hatchback. Overall, Kwid looks more modern as compared to the Alto 800 owing to sheer styling and new age SUV-ish stance.

The Hyundai Eon known for its best-in-class interior fit and finish and long list of gizmos. However, the Kwid seems to outshine Eon with superior connectivity features such as 7” touchscreen MediaNAV with navigation, USB, Aux-in and Bluetooth connectivity, digital instrument cluster. Other features like manual ac with chrome accents, central locking, and front power windows proves to be a tough contender for the tall boy hatchback. Though, Kwid lags behind by hefty margin in terms of quality and fit and finish against Eon. The Alto 800 offers a decent interior with larger and curvy dashboard. Alto’s central console is well laid out that go well with the overall design while the silver treatment on the ac vents goes well too. But it doesn’t have the feel and that little touch of premiumness when compared with the Eon and the Kwid.

Being entry level hatchbacks, the cars in this comparo are not meant to be loaded with plethora of safety features as major concentration is being on the value for money quotient. So, all of them get the basic fundamentals such as driver side airbag, engine immobilizer and central locking while none of the cars come equipped with ABS even as an option.

Renault Kwid does make a strong case for itself due to the novelty factor which is very well held by its distinct design, remarkable feature list, ultra spacious cabin and most important them of all aggressive pricing strategy. These aforementioned advantages make Kwid browbeat in the comparo that is quite good enough to munch a fair share of sales number for the carmaker. However, Maruti has launched Alto 800 facelift which undercuts Kwid in terms of pricing but with more practicality, space and comfort features Kwid still remains a car to beat.