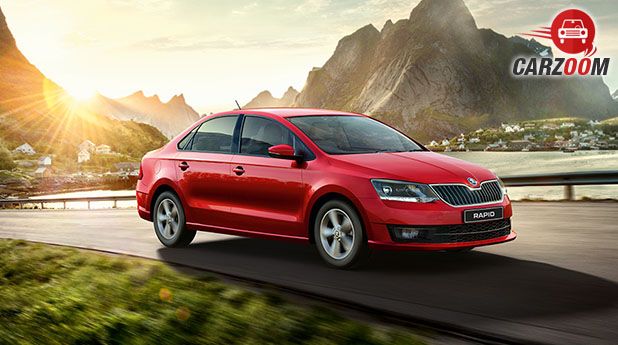 It was 2011 when Skoda Fabia based sedan ‘Rapid’ was launched in India and despite contributing more than 80 percent of Skoda in India it still stands on last spot in its vary segment. It’s been five years since Czech automaker’s most popular sedan got an update and now finally car received its most comprehensive upgrade. In a bid to increase the numbers and to compete against Maruti Ciaz and Honda City, Skoda brings some familiar elements along with mechanical update to new Rapid. Let’s check whether these new changes make new rapid a better preposition or not.

Skoda Rapid has been sensational car since its launch but somehow lost amidst the tough competition. Meanwhile the new update certainly made rapid more competitive, starting with design which looks more aggressive and sharper flanked by new rich features and powerful diesel engine with DSG automatic gearbox. Prices may be on the higher side but in return you get sheer solidity and safety. The new rapid makes a strong case for itself after this update.