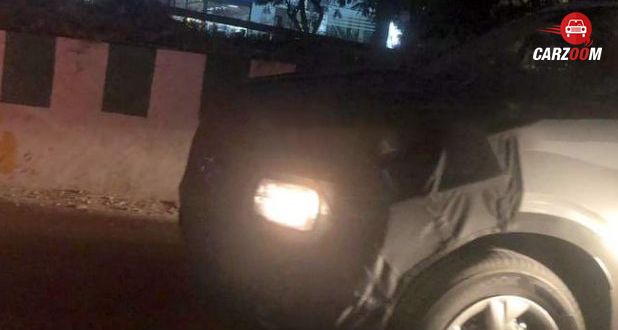 Earlier at 2016 auto expo, the Hyundai motors showcased the new Carlino concept. The sub 4 meter SUV is now being tested ahead of its official launch in the country next year. Earlier it was also spotted testing in South Korea and had similar proportions to the model showcased at Auto Expo. However, it might be changed for the Indian market. It is slated to launch in 2019.

The 2019 Carlino SUV has got a traditional Hyundai design language. Some of the elements of the car are borrowed from Creta and it features a different trademark grille in a hexagonal design, LED DRLs, low mounted projector headlamps and fog lamps beside a silver skid plate.

Because of the heavy cover-up, the design elements at the back were not clearly visible, but they might be similar to those seen on Hyundai i20 with which it shares the platform also. The pictures also spotted the car without machine cut alloys which confirms that it is a mid-variant and not a top variant. 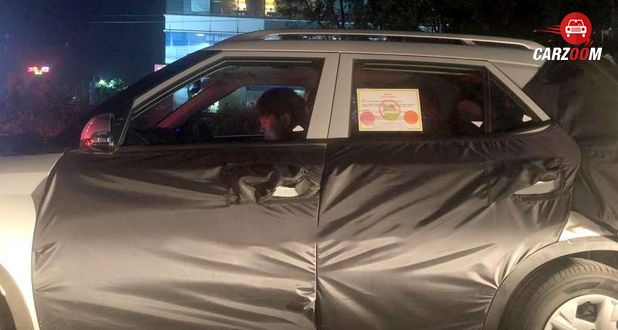 The new compact SUV does look like a smaller version of Creta in silhouette, and what toughens the link is the angular glass house and thick C-pillar. Images of the compact SUVs rear end are too camouflaged to reveal any relevant details.

The Hyundai Carlino Indian version will be powered by a 1.0 Litre turbocharged petrol engine offering 120 PS and 170 nm, making it one of the most powerful small SUV in the country. It will also get a new 1.5-liter diesel engine offering 115 hp and 250 Nm torque. Transmission options might include manual as well as AMT.

The car is expected to be priced between INR 7 Lakh to 10 Lakhs, so it will compete with Maruti Brezza and Tata Nexon in the sub 4 meter SUV segment. In the coming months, Hyundai will launch a new hatchback in India and it will also bring in the Kona Electric SUV in 2019.