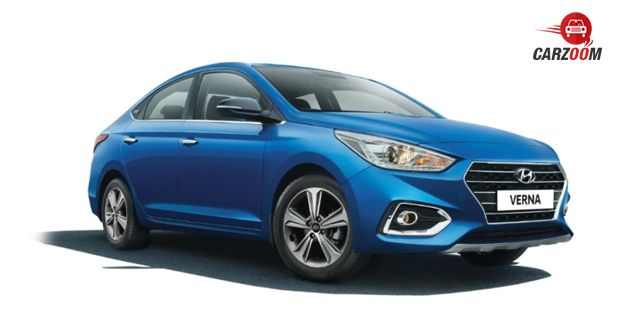 This festive season Hyundai has launched a special anniversary edition of its fifth-gen Verna. The sedan was launched on 22 August 2017 and from then the South Korean carmaker has sold over 50,000 units of the car. The new anniversary limited edition model is based on the top specifications SX(O) variant. Check out what additions the Hyundai Verna Anniversary Edition model has got:

The car has got almost the same features just like the new Hyundai Verna, but there are few  additions like a new Marina Blue color. The front and rear have got silver skid plates and a rear lip spoiler.

On the exterior, the Anniversary edition has got a badging on the C-pillar and blacked out ORVMs and shark-fin antenna. Inside the cabin, the limited edition model sports blue color accents around the center AC vents and an all-black interior. It also has the same features like the top-spec SX (O) variant, including ventilated front seats, smart trunk, and a sunroof. In addition, the car comes with a wireless charging pad. 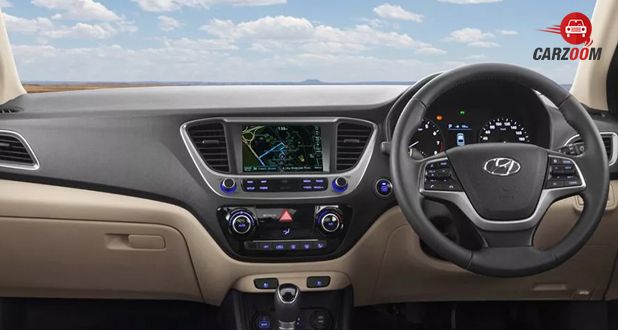 At the launch of the car MD & CEO of Hyundai Motor India Ltd. Mr. Y K Koo, said, “The Next-Gen VERNA is a Game Changer product which has won the hearts of Indian and global customers since its launch in August 2017 and is the preferred choice of auto experts. As the Next-Gen VERNA marks its first year Anniversary in India, our endeavor is to delight customers with the New VERNA Anniversary Edition with an attractive new exterior color to make it even more aspirational.”