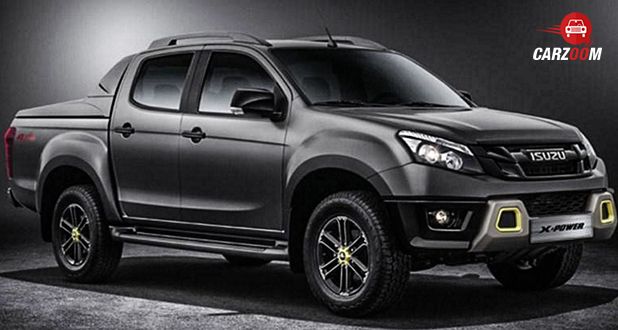 The much awaited X-Power edition of Isuzu’s D-Max pickup has been seen online. This special edition model will be based on its face-lift launched before. The sole reason is that Indian people have a preference for muscular looking cars, this has been designed keeping them in mind.  This model gets small upgrades and as its pictures have been surfaced online, the car looks like a vehicle straight out of an action movie. Here are the detailed specs of the Isuzu D-Max X-Power version. 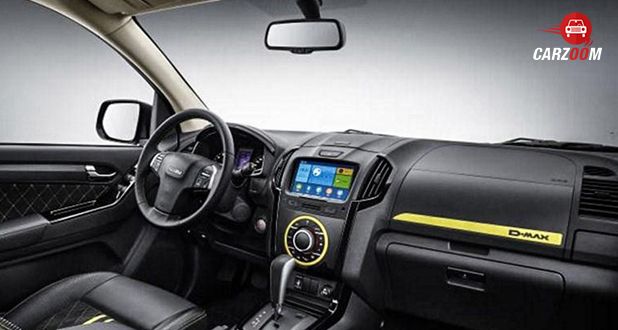 The Isuzu D-Max X-Power gets larger wheels this time and has one of the most intimidating stances of cars on Indian roads. Though it has not been finalized about the date of launch in India, however buzz says that it would launch somewhere around next year. Based on the same model that is sold in India there are several changes that it gets both inside as well as outside. The D-Max X-Power follows a black and yellow color combination throughout the car as before. On the outside the vehicle gets dark grey paint scheme, the grille, fog lamp encasing, outside rear view mirrors and the front bumper have been blacked-out. The bumper this time will come with yellow highlights which are placed within the aluminium-finished skid plate. The aluminium-finish accents are there on the rear bumper as well. Inside it gets yellow accents throughout the cabin and the most prominent one is highlight surrounding the center console and the passenger-side dashboard.

The car is expected to be priced between 24-26 lakh INR depending on the version the buyer opts for. The previous one for its series was priced at 4.32 lakh INR for the standard trim and 15.82 lakh INR for its high variant.