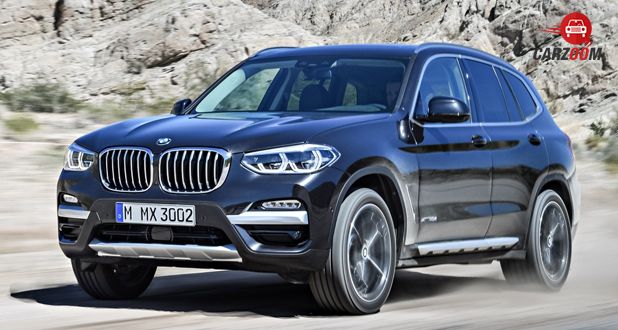 BMW has finally launched the petrol version of the its X3 in India. The Bavarian manufacturer has opened the bookings across all BMW dealerships in India. The SUV will be assembled at the company’s Chennai plant. The car was first unveiled at the Auto Expo 2018 in India and later its diesel version was launched. Here we bring you the detailed features of this luxury car.

Under the hood the BMW X3 xDrive30i Luxury line has a 2.0-litre, four-cylinder, BMW Twin Power Turbo petrol engine that produces 250bhp of max power and 350 Nm of peak torque. It comes coupled to an 8-Speed automatic Steptronic sport transmission and is also available with steering wheel paddle shifters. It takes on from 0-100kmph in just 6.3 seconds. The compact, low-weight and efficient all-wheel-drive system distributes the engine’s power between the front and rear axle.