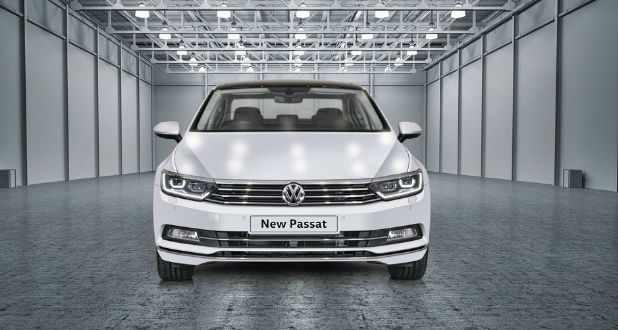 Volkswagen in India launched its eight generation Passat after a long wait. The new Passat was previously showcased at the 2016 Auto Expo in India and this time the Passat marks its return in the Indian market after 3 long years. The new generation premium luxury Sedan comes in India with a starting price of Rs. 29.99 lakh (ex-showroom).  The car is the second Volkswagen to be based on MQB platform in India after the Tiguan. The new Passat looks graceful with continuing to portray its sleek sedan lines and is to be assembled at the Aurangabad facility in Maharashtra. Sadly the new Sedan does not have plug-in hybrid version of the Passat this time while it is available in two variants.

The Volkswagen Passat is of 1,968 cc displacement and has a 2.OL TDI, 177 PS diesel engine which produces 177 bhp of power @3600-4000 and 350 Nm torque. The luxury Sedan comes paired to a 6-speed DSG automatic gearbox. The fuel capacity of the luxury Sedan is 66 litres while the fuel efficiency is 17.42 km/litre. The Passat has an electric, and variable assist power steering with 5.85 metre turning radius.

The cabin of the new Passat has a 12.3-inch TFT digital instrument cluster with a touchscreen infotainment system also available with Apple CarPlay and Android Auto. The new Passat also has a Park Assist, Head up Display unit with new safety features on board.  The luxury car gets an Audi-esque dashboard that gives an impression as if the AC vents are connected with each other. Talking of how it looks, it is still the same in looks as the previous Volkswagen Sedan.  In the front there are LED headlamps for low and high beam light, fog lamps, cornering lights, dark red tail lamps with LED technology, rear defogger, and body colored bumpers.

The Passat has focused on safety measures and comes with rear and front disc brakes. It has 9 airbags for safety, 360 degree camera display, ESP, ABS and hands free parking.