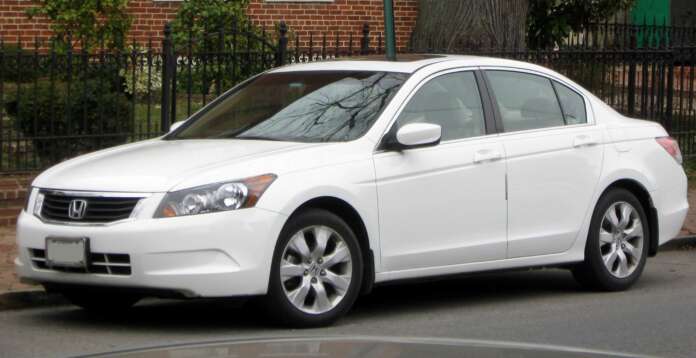 A user of the brand new 4 cylinder Accord car with gas as fuel njoyed the car’s almost every aspect but for the powerless radio. He observed the mileage to be 27 kpl in city + highway combination with the fuel economy parameter always on mind. He is 6’3” and he’s satisfied with the headspace in the car. Needless to say the engineers have kept everyone’s needs and luxuries in mind while redesigning this car. Well another user complains about the lack of moonroof, faulty mobile device synchronization and instability of suspension (according to him), however he loved the Ex-L dual displays, UI touch screen display, FCW and LDW and side mirror camera. Being ex-user of 5 th generation Accord and now a proud owner of 9- gen Accord, he suggests others to buy the car as it will last long and also won’t hurt their pocket!

And here’s a user who used Camry for 16 yrs and now wanted to upgrade to new Camry, but was dissatisfied with its redesign, so made his mind to get new Accord and is fully satisfied with its ‘WOW’ features. For some it’s is luxury car without the luxury price, for others it is pricey commodity, sounds like interesting contradiction! Let’s go to another user who got superb mileage of 36 mpg with ECON feature ON, fantasizing tail/brake LED lights, dashboard, big trunk, has been driving for 3 months before writing his review of the car. The mileage figures are according to the specifications unlike Hyundai and Kia which have recently been found giving wrong mileage figures; hmm Honda’s got an edge there!

Here’s another user with technical bent of mind and he observed a fault with the CVT trans as according to him it doesn’t let the car decelerate properly but the car resembles BMW in looks another user states. Before buying the car, a user tried ’13 Altima, Accord, Fusion, Camry, Sonata and Malibu and found Accord to be the best one. The lumber support on the front seats no longer gives a feel of fist on the back. He also liked the steering and the engine performance and he digs reasons to take the car out for a ride. Well we still have another user who just can’t believe that is a Honda car; she admired the safety features of the car and had considered Accura TL before she found Accord a better option. For a user who has been using Honda cars all his life, this is the best one and he can’t ask for more though he has problem with the rear speakers. Another user feels helpless when he went back to his Honda dealer stating his car burnt a quart of fuel every 1000 miles, dealer answered that every Honda car was like that!

And here we have the most satisfied customer who gave only pros of getting the brand new Honda Accord with zero cons!! U could be another! Go to your nearest Honda showroom today!