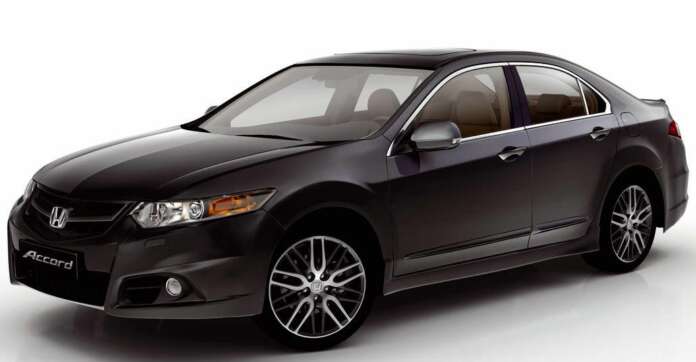 9-G Honda Accord has redefined many features and an expert exclaims that Honda has got its mojo back! The new Honda Accord has more stylish exteriors and more streamlined interiors and with some brand new features like the rear view camera which captures the view of the passenger’s side roadway is inline with the current technology trend. After weeklong test drive of the 4 cylinder Accord model on gas, he felt the car gives an extra smooth journey without being boring or sleepy!(he jokes) and he didn’t miss the 6 cylinder v6 much because this one already gave him what he was looking for. He observed the changes from the previous gen, particularly the exteriors: the roofline has got thinner and the rear end is less rounded than before. The door handles are easy to reach for everyone and the door openings are fairly large giving you ample comfort while stepping in.

But there is another expert who doesn’t recommends this car as he feels it’s boring than its competitors but he doesn’t deny the fact that the car offers easy safe driving with low beltline and great visibility of the road. Another expert who took the test ride of Touring trim considers the blind spot camera as his favorite feature in the car, when the right turn indicator is used then the console displays the right -down side of view. He missed this feature when he drove another car the next day.

Ah well.. another car expert loved the Pandora integrated music system on the EX model and blind spot monitoring system, however he felt lack of navigation and Hondalink connected feature in this model. According to him the previous versions kind of shuffled amidst the competition, but this one surely stands apart from its peers Toyata Camry and Hyundai Sonata. The figures of horsepower and torque merely seem numbers until you put the wheels into motion and actually realize the significance of those numbers. He drove both the versions (one with 4 cylinders and other with 6) and recommends 4 cylinder engine because of better EPA figures on mileage.

While another foodoholic car expert compares the Accord coupe with cucumber on the Scoville scale of spiciness. He noticed when 278 horsepower coupled with3.5l V6 engine has the tachometer cross 7000rpm which is comparable to a seriously fast machine.

It’s in the top 10 list of best family cars 0f 2013 for being spacious, offering comfortable seats and pleasing interiors especially with the rear a/c vents it’s won the hearts of many..! So what are you waiting for, take a test ride and prove it yourself.