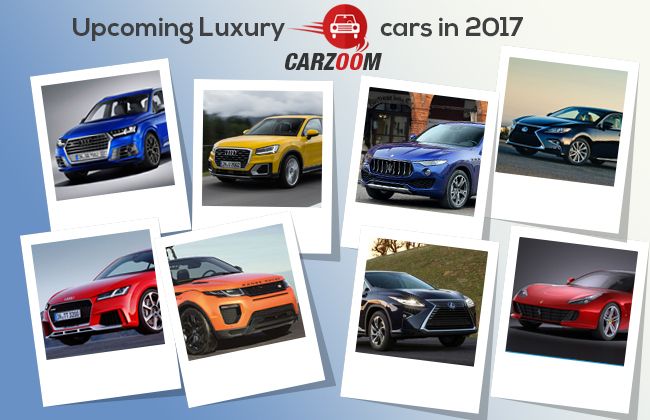 2017 is set to be much bigger than the previous year and within only a few days into 2017 we wonder about the luxury cars that are heading to India this year. Tata Hexa, Maruti Ignis will be the show stoppers for the first quarter carrying forward the legacy of the previous year. Other anticipated launches include Tata Kite 5 sedan, Hyundai new Verna, Nissan Micra, Lexus, Honda WR-V, Tata Nexon etc. However, the most attention is extracted by luxurious and sports cars and these segments won’t be stepping into 2017 with the light foot.

One can expect a heavy onslaught of premium and sports cars from various domestic and international carmakers. All eyes will be Maserati’s new Levante SUV and Lexus comeback in India in March with a range of SUVs. With that said, let us go through some of the top picks which could transform the Indian automotive segment:- 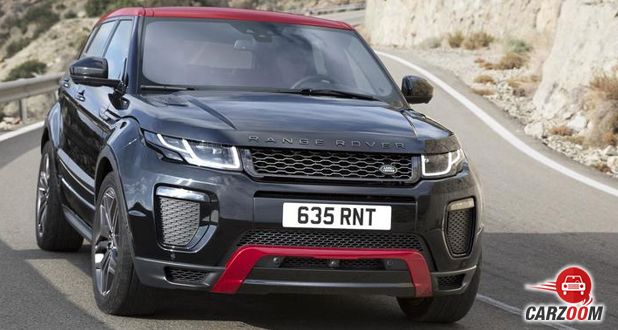 JLR Range Rover always possess a special position in the Indian market, in December last year carmaker updated the most loved Evoque range with the new diesel engine. The JLR will soon update Evoque range with a new 2.0-litre Si4 petrol engine which is linked to a 9-speed automatic gearbox. The petrol version will also get Land Rover’s Terrain response system that allows driver to choose from various modes-Grass, Sand, Snow and rocks. 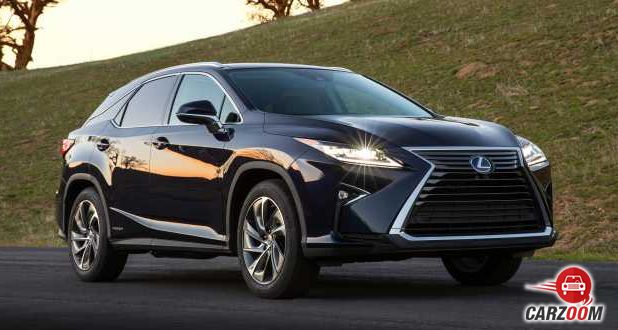 After multiple delays, Toyota’s Luxury brand Lexus is all set to hit India with three cars by the end of March. The carmaker will debut LX, RX 450h and NX with a price tag of Rs. 1.05 crore, Rs. 85 lakh and Rs. 73 lakh respectively. Lexus will first launch RX450 and the ES300h in the hybrid Avatar followed by the flagship LX premium SUV. All the cars will be a direct import and hence burn your pocket with heavy import duties. The RX 450h, the future of premium crossover will be available in petrol hybrid avatar and will take on Audi Q5 and Mercedes-Benz GLC. The Lexus ES300h will be brand’s entry-level model in India that will be powered by a 2.5l engine of Camry hybrid with a CVT gearbox. The flagship LX full-Size SUV is expected to land in India by the end of 2017. 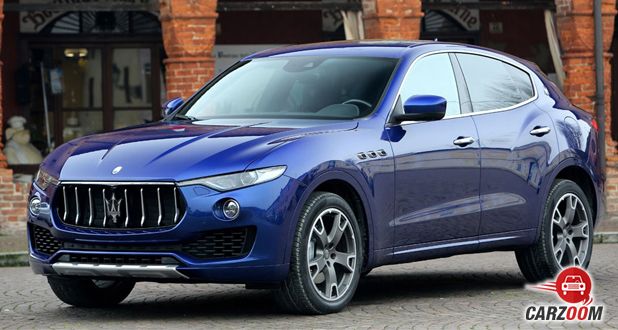 Last year, Maserati has announced its new SUV Levante which will be launched in India carrying a sticker price of Rs. 1.25 crore (ex-showroom). Once launched, it will take on Porsche Cayenne, Mercedes-AMG GLE 63 and BMW X5M. Initially, the Levante will be launched in diesel powertrain i.e. 3.0l V6 diesel that makes 271bhp of max output and can do 0-100km/hr sprint in 6.9 seconds with 230km/hr as top speed. The SUV will be later joined by twin-turbo V6s producing 348PS and 428PS respectively. 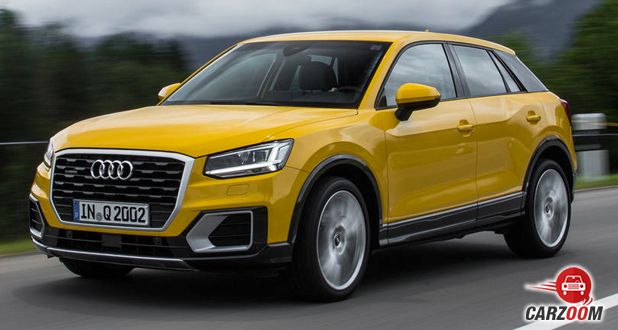 Audi Q2, the smallest SUV in Audi’s portfolio was revealed for the first time at the 2016 Geneva Motor Show. Audi claims that it is a proper five-seater and it measures 4.19 meters in length, 1.79 meters wide, 1.51 meters tall and sits on a wheelbase of 2.60 meters. The SUV has distinct styling as compared to other Audi Q siblings such as beefy front fascia and hatchback-like rear end. The Q2 will be available in the range of engines petrol includes 1.0-litre 3-cylinder unit, a 1.4-litre, 2.0-litre turbo while diesel range includes 1.6l and 2.0l turbo units. The 2.0l engines will be mated to eight-speed automatic gearboxes. It will get uber luxuries like other Audis such as dash-top-mounted infotainment screen and the all-digital Virtual Cockpit instrument cluster. 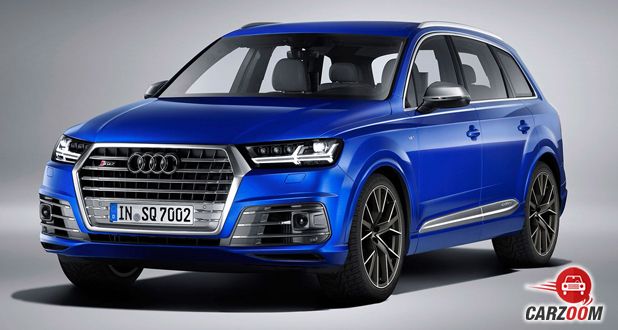 New Audi SQ7 was unveiled last year which is a sportier version of Q7 due to for India launch in 2017. Audi’s performance SUV boasts a 4.0 litre V8 TDI diesel engine that delivers 435PS power and massive 900Nm of torque and propels SUV to make 0-100km/hr Sprint in 4.8 seconds. The SUV is available with Audi’s Quattro AWD system. To Rival BMW’s M and Mercedes AMG badge, Audi is ready to bring SQ7 and SQ5 in India. 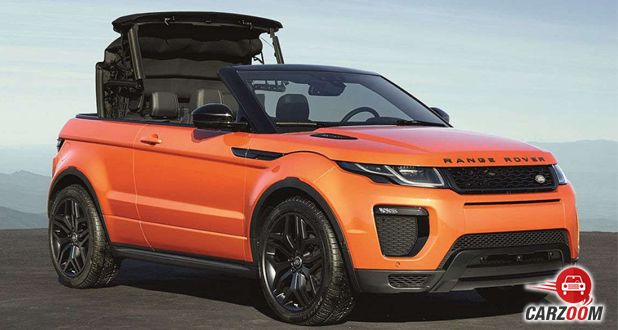 The off-roading can be a fun with loads of scenic places and it surely requires an open roof to let you fully enjoy the views. Soft top off roaders are best suited but putting the hood on when you required can be a healthy task. But the British marquee has a luxurious solution for it in the form of Range Rover Evoque convertible. Unveiled at 2015 Los Angeles motor show, the test mule of SUV convertible was spotted on Indian roads.

The convertible looks very sporty with the roof down which can be folded up and down completely in 18 seconds at the speed of 45km/hr. In terms of design, it is similar to standard SUV albeit new optional LED headlamps with LED daytime running lights. Inside, it dons black theme with a new multi-function steering wheel, 10.2 inch InControl Touch Pro-touchscreen infotainment system, new dashboard, and dual pod instrument cluster with digital MID etc.

Power would come from a 2.0-litre Ingenium diesel engine available in two different tunes, 150bhp and 180bhp. It is also likely to get a 2.0-litre Si4 turbocharged petrol engine, which develops around 240bhp of peak power and 340 Nm of torque. Both the engines come equipped with the AWD system and a 9-speed ZF automatic gearbox. 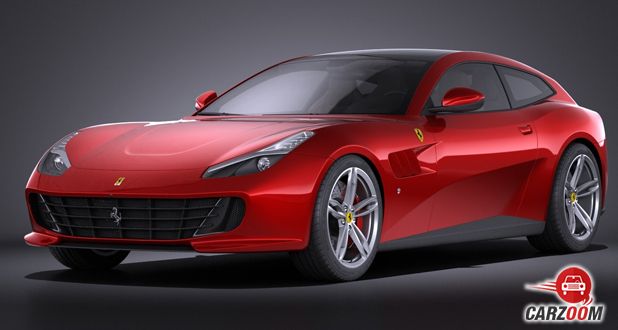 Ferrari GTC4Lusso, the facelifted version of Ferrari FF was showcased at 2016 Geneva Motor show and fortunately, it is likely to launch in Indian market sometime in 2017. The GTC4Lusso is grand tourer with three-door shooting brake style body which can accommodate four people with some luggage.

The Smoky car is powered by a 6.3-litre V12 engine that develops 690PS of max output and 697Nm of peak torque, linked to a seven-speed dual clutch automatic transmission. The car sprints from 0-100km/hr in mere 3.4 seconds with the top speed of 335km/hr.

Apart from these popular models, here are few other models which are likely to luxurify Indian roads in 2017.