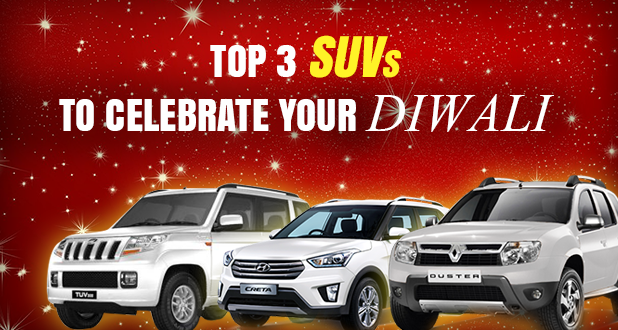 Getting confused in selecting the right car for this Diwali season? We present you the list of best selling SUVs in India in 2015. Get detailed information on popular cars and pick your favorite one among them. To celebrate this festival of lights we have listed top three popular SUVs, which we believe are some of the most popular cars in India this year. SUV is the favorite thing for the Indian buyers and most major automobile manufacturers have started expanding their product range with one or more SUVs.

Hyundai India has hit the bull’s eye with Creta as the SUV has already grabbed more than 40,000 confirmed bookings since its launch and the waiting period on certain trims are close to 7-8 months. Hyundai Creta is available in the price bracket of Rs. 8.69-13.77 lakh and offered in both petrol and diesel boxes. The strongest selling point of Creta is its Fluidic Design which neatly dwells with storm Edge-inspired front profile. Just to remind you, Creta is first diesel automatic in the country and comes loaded with oodles of features like a touchscreen infotainment system with navigation, automatic climate control, all four power windows, reverse parking camera, EBD, Hill start assist, six airbags and many more. SUV is another criterion which is taken into consideration by Indian buyers and Creta fulfills it in grand way with ample amount of space at rear. Overall, the Creta is very potent product and certainly a benchmark in the segment with best-in-class features, powerful engines, superior quality and most importantly reliable after sales services. Let’s have a look at the Pros and Cons of the SUV which would help you better in your buying decision:-

Mahindra, the King SUV maker has recently launched its second compact SUV in India named as TUV300. The new compact SUV undercuts most of its rivals in terms of pricing as it is priced at Rs. 6.98-9.23 lakh (ex-showroom Delhi). Mahindra’s second innings in the compact SUV segment is off to a flyer as within first month of its launch it manages to sell over 4200 units. The baby Bolero is a sub 4m vehicle and comes with 5+2 seating configuration which outshines EcoSport at least in this department. The reason behind the initial success of the compact SUV could be its decent handling, good amount of features, spacious 1st and 2nd row, AMT gearbox and off course aggressive pricing. It you can digest its design and last row space then TUV300 is not at all a bad deal.

It was Renault’s Duster who was solely responsible for making urban SUV concept popular in India, powerful engines and macho design just put icing on the cake and fuel rocket it to the needed success. Launched in 2012, it is available in numerous petrol and diesel variants. Renault occasionally kept updating the SUV with various versions with the AWD being the best of them. The SUV still sell in good numbers despite of stiff competition in the segment. The SUV is due for the proper facelift which is scheduled to get make its way to India next year. With a price tag of Rs. 8.3-13.5 lakh, the Duster fully justifies the SUV tag. 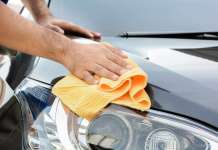