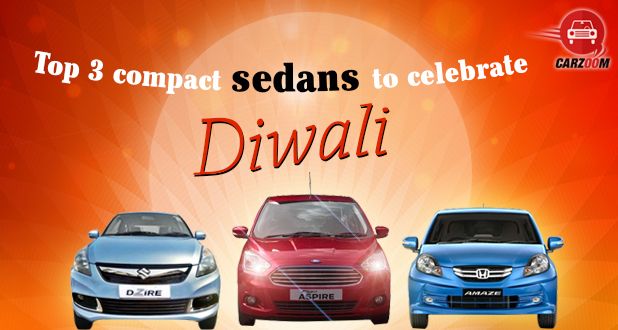 Indian market is predominantly dominated by hatchbacks which further come in different categories from entry level to premium segment. In a country where big cars aka sedans are considered as a status symbol but people tend to move away from them due to premium price range. However, things changed when the government announced subsidy on cars less 4-meter category and since then several manufacturers came up with cars in the country. The Swift Dzire is ruling this segment ever since it has been launched in India and cars like Hyundai Xcent, Tata Zest, Honda Amaze and Ford Figo Aspire are trying to fetch a bigger pie in the segment.

Maruti Suzuki’s Swift Dzire has been the ultimate choice for Indian buyers as a compact sedan due to competent riding ability, compact footprint and best in segment mileage. Since its launch in March 2008, over 10 lakh units of Dzire have been sold in the country. In 2015, it received a facelift with number of cosmetic changes and features addition to make it more premium. With the competitive price tag of Rs. 5.16-7.91 lakh, the compact sedan is available with petrol and diesel engines. The diesel variants are now capable of churning out ARAI specified mileage of 26.59 KMPL up by 13% against the previous model.

While Maruti Swift Dzire and Tata Indigo CS started the tradition of compact sedan, cars like Honda Amaze, Hyundai Xcent are taking the segment’s legacy higher. Honda Amaze has been selling like hot cakes thanks to all rounded compact sedan profile and higher fuel efficiency. Based on Brio hatchback, the compact sedan is available in three engines- Petrol, diesel and CNG. The newly introduced VX (O) has a 6.1 inch touchscreen display with AVN multimedia and a DVD player and few other connectivity options. The USP of Amaze has been the fuel efficiency of diesel trims, ergonomics, powerful engines and easy drivability for in city throttle. If you are looking for a compact sedan with space, practicality, power and reliability then Amaze seems a compelling buy.

Ford’s Figo Aspire is the latest entrant to the compact sedan segment, the American car made a delayed entry to the segment but they make sure that it comes up with something competitive and valuable. The Aspire is based on new Figo hatchback and derive its design cues from its international sibling Aston Martin especially from the front. With large five toothed chrome grille, sweptback headlamps and well packed boot lid Aspire is one of the handsome looking compact sedan in the country. Engine configuration on Figo Aspire consists of three engine choices- one diesel and two petrol engines. Available with both manual and six speed automatic gearboxes, Aspire is one of the fastest sedans in the segment. Fuel economy is also considerably good, the diesel motor is claimed to return 25.83 KMPL while petrol is good for 18.16 KMPL. Ford is offering dual front airbags as standard across all variants while the top titanium plus variants get six airbags along with long list of features making it the one of the safest vehicle to drive.