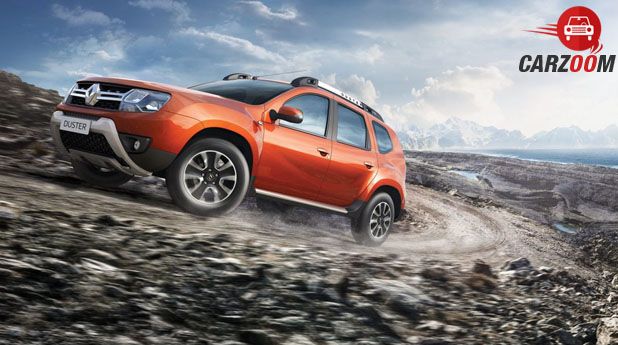 Duster has been a Superstar car for Renault and dethroning SUVs from their positions ever since its launch in the country. You’ll find the cars making the brand popular but it’s Vice versa when it comes to Duster and Renault. Launched in 2012, Duster immediately shot to fame and went on to become everyone’s favorite car. Owing to muscular design, good drivability and decent overall package, its graph continued to grow vertically but with the advent of Ford EcoSport, Nissan Terrano and now Hyundai Creta, it seems to lose the aura which adversely affected the sales numbers.

So Renault has decided to put new life to the SUV by updating it with range of alterations and among them the show stopper is new 6-speed automatic gearbox. Our experts loved it now it’s time to know what critics have to say on the new version of rugged SUV. So without further ado let’s have a look.

– A six speed automatic aka Easy R AMT in Renault’s terminology has added a lot of convenience and has eased the drive than ever and compliments its already strong on-road performance and balanced handling.

– Coming to the price of the AT model which is available for Rs. 11.66 lakhs and Rs. 12.86 lakhs respectively which too surprised us as it is almost 1-2 lakh less than Creta AT.

– The Safety quotient of the SUV has been updated as almost every variant gets anti-lock braking system (ABS) and electronic brake force distribution (EBD) along with optional airbags.

– It also somewhat rich in luxury and comfort department as it is loaded with MediaNAV touchscreen infotainment system, automatic climate control, 3-pod instrument cluster with MFD etc ensures you to provide a feel of great comfort after stepping inside the cabin.

-Despite getting updated cabin, the quality of interiors still not what we expect from sub Rs. 10 lakh SUV, it still lacks the feel a bit and there is room for improvement.

– The ergonomics too doesn’t seems to match the SUV like ORVM adjustment button, central locking system are not driver friendly and placed unconventionally and duster encrypted glove box also spoils the front design.

– Renault Duster is now equipped with automatic gearbox but its arch rival Creta offers better AT gearbox as it is more engaging to drive though you have to spend a hefty amount for that.

–  Renault’s after sales services is still hit or miss kind of affair which still turns out to the major blow for the carmaker and affects buyer’s decision.

Overall, new updates have enhanced the feel of duster and strengthen its value for money quotient but the above following points would help you in arriving to the correct decision.