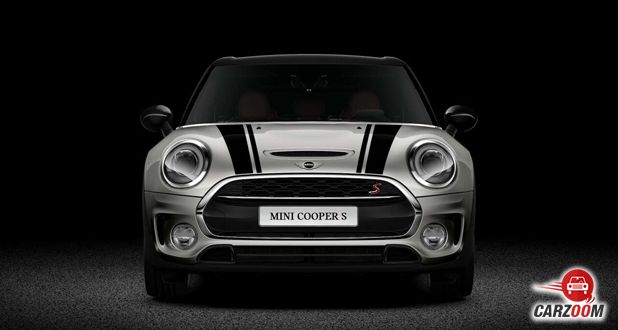 The BMW owned group, Mini has launched new generation Clubman in India at Rs. 37.90 lakh (ex-showroom Delhi). First showcased at 2015 Frankfurt motor show, Mini Clubman is based on BMW’s new front wheel drive UKL platform. This is the fifth model in Indian market on sale after 3 Door, 5 Door, Mini convertible and countryman. Like its other siblings, Clubman also comes to India via CBU route. The new Mini positions itself against Mercedes-Benz B-class and Volvo S40.

Power is drawn from a 2.0 litre four cylinder TwinPower Turbo petrol engine that makes 192bhp of max output and 280Nm of peak torque. The engine is linked to an 8-speed automatic steptronic transmission which propels the car to make 0-100 km sprint in just 7.2 seconds with a claimed top speed of 228 km/hr. The engine is clubbed to MINI driving modes- standard MID mode, sport and green modes.

The Clubman is the longest model to have been ever produced which is approx 270mm longer, 90m wider than standard Mini 5-door. It measures 4260mm in length, 1800mm in width, 1441 in width and sits on the wheelbase of 1565mm which is longer by 100mm. The longer wheelbase adds to the better boot space of 360 liters which can be further expanded up to 1260 liters.