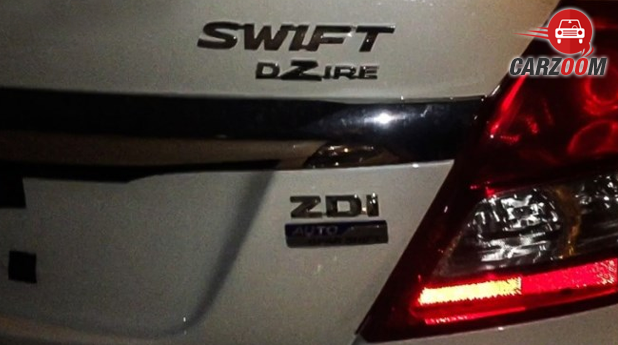 These days AMT gearbox is one of the deciding and attractive factors when a buyer decides to buy a new vehicle. It all started with Maruti Suzuki Celerio followed by Alto K10 and now it looks like the bestselling car Dzire is all set to receive AMT soon. The Dzire has been a huge success for Maruti Suzuki and have been selling strong ever since its launch and recently it crossed one million sales mark in July 2015.

The demand for AMT vehicles are increasing day-by-day because driving in bumper to bumper city traffic becomes even easier thanks to automated manual transmissions. The Magneti Marelli powered AMT unit will be manufactured at Manufactured at company’s plant in Manesar.

The AMT will be offered on the top of the line Zdi diesel variant which comes with Dual front airbags and ABS as standard along with other goodies. In terms of design, the new AMT variant will remain the same as the ongoing model except for AGS badging at rear and some minor tweaks in the cabin.

Under the hood, the car will continue to get power from the same tried and tested 1.3 litre fiat sourced DDis diesel engine which makes 74bhp of max [email protected] and 190Nm of peak [email protected] As a result of AMT, the Dzire could return more efficiency of around 26-27 KMPL.

As far as pricing is concerned, it is likely to priced Rs. 35-50 k higher than the manual variants and will take on the cheapest priced diesel automatic compact sedan Tata Zest. Soon after Dzire AMT, Maruti might also introduce the same technology in Swift, Wagon R, Ciaz and Ertiga.

Production of the AMT-equipped Dzire has already started and its launch is likely to take place in January 2016.