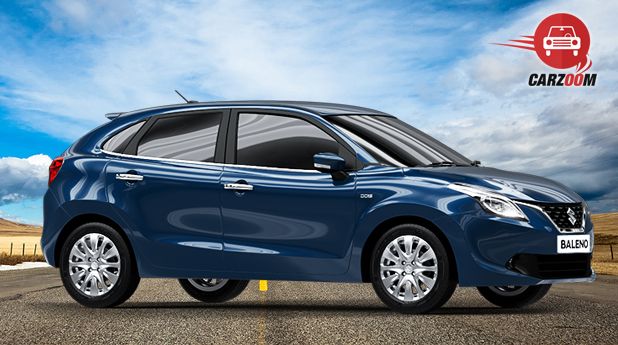 Maruti Suzuki is back in the premium segment with Baleno hatchback which has nothing in common with its Sedan siblings launched a decade ago except name. Maruti’s only offering in the mid level hatchback segment Swift has transformed the segment ever since its launch in 2005. The sad part about MSIL’s journey in India is the non existence of vehicle in B segment hatch category which somehow drifted buyers who wants to buy bigger and premium cars than Swift towards Hyundai Elite i20, Volkswagen Polo and Honda Jazz. Baleno is the second vehicle to be sold from company’s NEXA premium dealerships which currently sells S-Cross. The Maruti Baleno comes with new design technology, premium features and best in class mileage which aims to snatch out maximum share in the segment. Let’s have a look at how is this new Elite i20 challenger.

Maruti Suzuki, the hatchback King has thrown every possible thing into the new Baleno to make the most desirable car in the segment, whether it’s refreshing design, array of new features or making safety aids standard across all variants. Its design is a head turner but isn’t as graceful or aggressive as Elite i20 or even Honda Jazz. The strong points of Baleno are Space, best in class fuel efficiency, features, standard safety and off course Maruti’s brand tag.

Now question arise, whether customers be willing to pay for it? Well, it got over 21,000 bookings in just 2 weeks is sufficient enough to answer. If you can digest the quality which isn’t bad but certainly not up to the mark as compared to Elite i20, Jazz and Polo then Baleno is just made for you.  Overall, Baleno is a great value for money product and a sure shot threat to the competition.