Home News and Stories Mahindra U321 MPV: Expected to launch in early 2018. 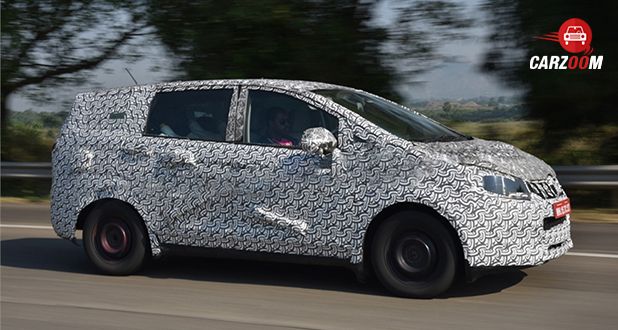 Mahindra is planning to launch its new MPV codenamed U321 in the first quarter of 2018. This car will be Mahindra’s first monocoque bodied MPV and will be totally different in construction and appearance from Xylo. The company has not released any official image of the car, but according to spy images, the car has got a new exterior and redesigned cabin. Reports say it might have features similar to Toyota Innova. Find out all the details below:

Mahindra U321 MPV is expected to be priced between 10-15 Lakh INR. The pricing will put the car in the mid-range between Maruti Ertica and Toyota Innova Crysta.

Mahindra’s MPV model will be the first one to use a new 1.6-liter diesel engine developed with Ssangyong and 4-cylinder diesel engines from mfalcon family. It is expected to produce healthy 130 hp. 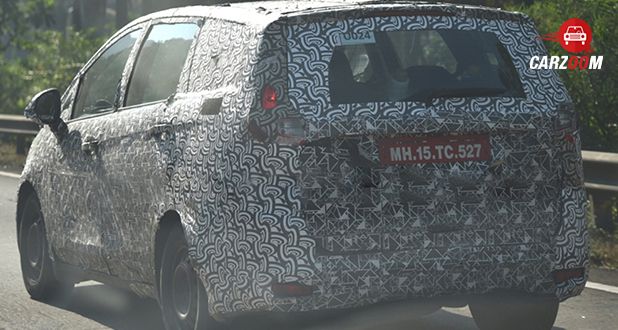 As seen in the spy images, this car will also be the initial product for the company to feature a monocoque chassis. MPV will feature a low set cabin for trouble-free ingress-egress and the large window glasshouse will give an airy feel to the cabin. It is expected that Mahindra U321 will have a sloping bonnet and large headlights for better enlightenment. The front grille will follow Mahindra’s toothy seven-slat design and LED daytime running lights. 16-inch alloy wheels have also been tested on the car. Finally, the car might also have a high set of tail lamps and top-hinged tailgate which are fashionable and extend low down to the bumper.

The upcoming Mahindra MPV will offer a feature of three-row seating, with seven to eight seats. Maybe, the second row will have captain chairs. Spy pictures reveal a fully black interior with the plentiful use of gloss finish black plastics and chrome to augment the cabins detailing. The car’s dashboard has a conventional yet practical design that will feature a large touch screen, a similar unit from XUV500. The infotainment system features various connectivity options which include: Android auto mirror link and automatic climate control etc. All three rows will have air-con vents for more efficient cooling.
Stay tuned for more information!