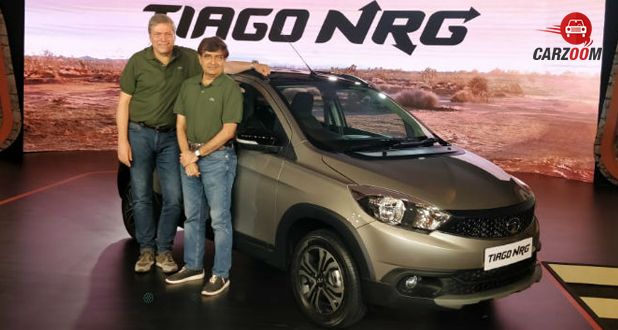 Tata Motors have finally launched its Tiago NRG in India as a tougher version to the standard hatchback. Tata says the NRG is an urban tough roader that gets many cosmetic upgrades while it retains the same underpinnings. The NRG will stand against Maruti Suzuki Celerio X in the segment, which is the only rival for the NRG now. Take a look at the details: 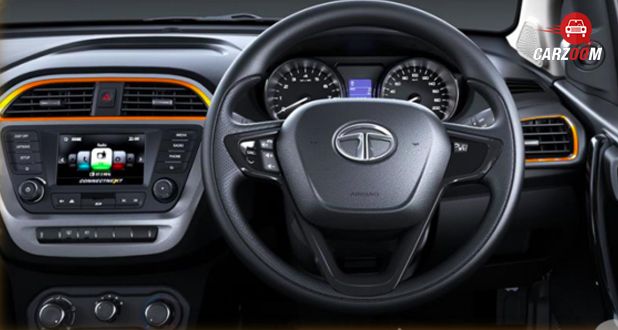 The new Tata car is bigger and wider than the standard previous version of the hatchback. The car’s ground clearance has been increased to 180 mm and there are styling additions too. The model now includes black plastic cladding around the bumpers, side skirts and wheel arches. The car’s front bumper gets a faux skid plate and there are black finished roof rails too. There are also ORVMs, roof mounted spoiler and cladding on the tailgate. The cabin also gets matching black color as the exterior. The car rides on 14-inch alloy wheels. Steering mounted controls, Bluetooth connectivity, smartphone integration, rear parking sensors are few other features.

The Tata Tiago NRG is a cross-hatch and is priced starting from 5.5 lakh INR and goes up to 6.32 lakh INR (ex-showroom, Delhi).