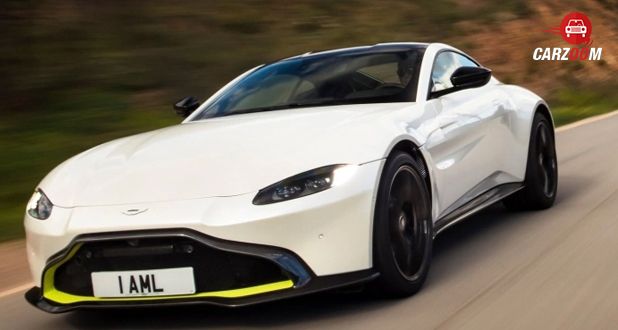 Aston Martin has launched the new generation model,  the Vantage in India. The new car is a step forward from its predecessor in the design. The car will rival with Porsche 911, Mercedes-AMG GT S and Audi R8. 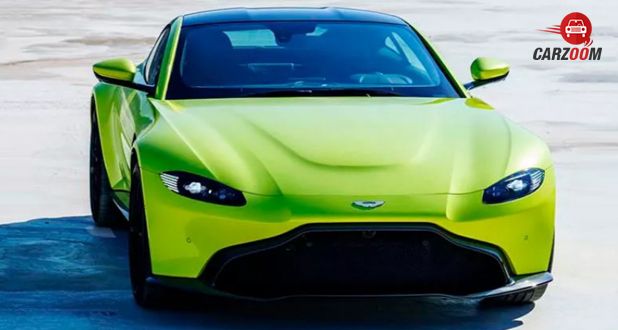 The car has modern design cues from the modern Aston Martins like DB11 and the Vulcan. The signature front grill is huge and dominates the front fascia while the small headlamps give the mean look. The set-up resembles the one seen on the Fisker EMotion, which made its debut earlier this year at the CES 2018.

Not only the design elements but the Aston Martin Vantage also has the same aluminum platform. However, the carmaker says that 70 percent of the structural components are new for the Vantage. 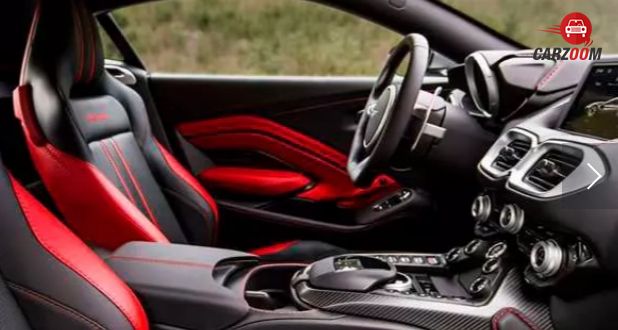 There are similarities in the interior as well. It has a touchscreen infotainment system (8-inch) sitting at the top of the central console. The side AC vents are tilted and places in a separate area. Other features are a dual-zone climate control, parking distance display, keyless start/stop, and navigation in the infotainment screen,  tyre pressure monitoring system, park assist and front and rear parking sensors.

The new Vantage sports a 4.0-litre twin-turbo V8 petrol engine that powers the Mercedes-Benz AMG GT. However, here it makes 510PS and 685Nm, which is 75PS/15Nm less than the AMG GT R (585PS/700Nm). The GT S on the other hand generates 522PS/670Nm. This twin-turbo engine has an 8-speed ZF automatic transmission that can take the car to 100kmph from standstill in 3.6 seconds. Aston has also been equipped with electronic aids like Dynamic Stability Control, Dynamic Torque Vectoring, and electronic rear differential.

The booking for the new Vantage has started and the deliveries are expected to get underway in the next four months.