Home News and Stories Hyundai Santro to make comeback in 2018, will replace i10 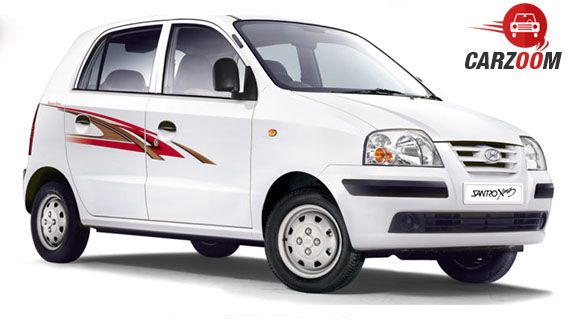 Hyundai Santro has been in the headlines regarding its comeback to Indian market and if reports are to be believed new version of the hatchback will be here in 2018. Santro was the first Hyundai launched in India in 1997 and emerged as a premium alternative for Maruti 800 and Maruti Zen. It went on to become Hyundai’s bestselling car and established South Korean giant as mainstream carmaker in India.

After 16 years of success and dominance it was discontinued in 2014 to make way for Grand i10. In order to achieve one million sale units mark in a year by 2020, Hyundai will bring Santro moniker again in India by 2018 and is already under development in South Korea. During the end of its life cycle, Santro still managed to retail 2500-3000 units a month. Despite discontinuation, customers have been inquiring about the vehicle.

Hyundai might ditch the tall boy design of old Santro as tastes of Indian buyers have changed. New Santro will be based on Hyundai’s new fluidic 2.0 design philosophy to make it appealing, stylish and younger than before. The information about new model is scarce right now but it is expected to get some new features in order to compete with new Gen models.

The 2018 Santro is likely to be priced between Rs. 3 to 4 lakh and it should be competing with Maruti Celerio, Datsun Redi-go and Renault Kwid. It would either get a 0.8 litre and the famed 1.2l Kappa petrol engine though there are more chances of it getting a 1.0l petrol engine with both manual and automatic gearboxes.

The South Korean automajor has sold around 13.6 lakh units in the domestic market before it was discontinued. When launched, the 2018 Santro will be positioned between Hyundai Eon and Grand i10.