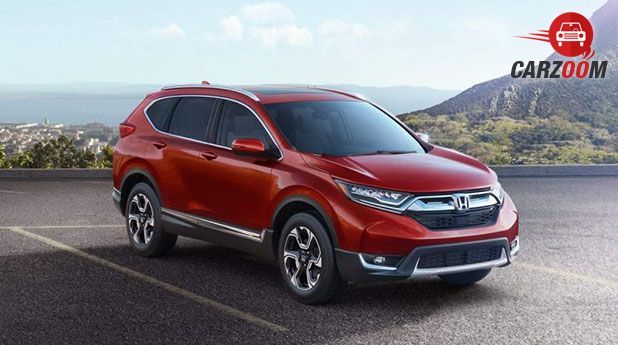 Honda CR-V has a decent fan base in India despite premium price that because buyers here are fan of diesel SUVs. At an event in Detroit, the Japanese carmaker has taken the covers off the fifth generation of CR-V which is expected to on sale in USA by late 2016 followed by European countries in 2017. The Indian market launch is likely to expected to take place by end of 2017 or early 2018. The brand claimed to sell over 4 million units globally since its debut in 1997.

For the first time ever, the SUV comes with 1.5 litre Turbocharged petrol engine that makes an excellent 190bhp of max output and 242Nm of torque. However for India, CR-V will carry forward the 2.4 litre i-Vtec engine producing 184PS power and 242Nm of torque. Both the engines will send power to front wheels via CVT (continuously variable transmission) with optional AWD.

The Fifth generation CR-V gets 50.8mm of longer wheelbase which has helped in increasing the rear legroom space by 2.1 inches as compared to outgoing model. However, the SUV still remains a five seater. Besides plenty of space for its occupants the new Gen model it gets practical layout with plethora of rich features like 7 inch touch infotainment system compatible with Android Auto, Satellite navigation and Apple car play.