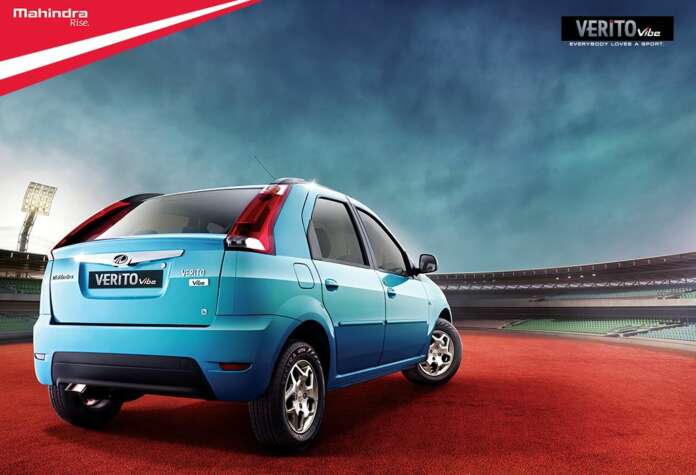 Vibe is the hot news and why not, it is the new Verito sibling of course, it is latest in the market for a buyer looking for a compact car.

So let’s just find out how experts think about this new, urbane car.

PROS-
If the points for this car gets repeated then it will not be something very strange thing, because we and lot other think that even being a refreshed and revamped version of the current Sedan, this new Verito sits back much on conventional norms of its elder.

Design elements are the same without that extra bulge on the back which has been chiseled away in a very appreciated manner which leaves the back looks sporty somehow.

The very first thing as an advantage on this car that strikes the mind is its huge space, the car has too sufficient space in the room and a boot space of 330 litres while a Dzire still provides a space of 315 litres.

Apart from the room capabilities which will always be counted in for a Logan driven model the other thing is the kind of ride comfort this car provides.

Its suspension, just as the Verito senior are way too smooth on those coiled n rough patched Indian roads and provides excellent comfort through-out the ride session.

The engine is the old 1.5 diesel but can take you places easily and it’s tough for those high speed stretches on your highway rides.

CONS-
Just as the car has its brighter sides, it has some let-down points as well. As we said the car’s boot space is huge, but getting to that huge space is a fuss on this car as the boot door looks more of rat-hole-mouthish which creates trouble while loading it to its top capacity as only the boot lid would open and the rear glass remains rigid.

The car ain’t got those common creature comfort levels as many other cars in the same category carry. The interiors won’t impress you much even when they are the same as on the Verito with some add on plastic elementary like that carbon fibre looking plastic. The audio system is updated but still lacks Bluetooth connectivity which is way too common these days and just as its senior it lacks some of the common and useful features of adjustments of the steering and seats.

On the engine front, the car won’t disappoint you as it carries the time tested engine from the Renault-Dacia collaboration but the need for that missing 6th gear will be there which could have reduced the driving efforts of the car in hitting hundreds at a good 1500 rpm while it takes 3000 rpms now. Also, it could have been a bit more fuel friendly just then.

END VERDICT-
In the end, putting together the reviews of some veterans over the new vibe, it describes itself as a no-nonsense, solid car with lots of space, excellent ride and high-speed manners. Let down by a price that does not justify with the equipment list.