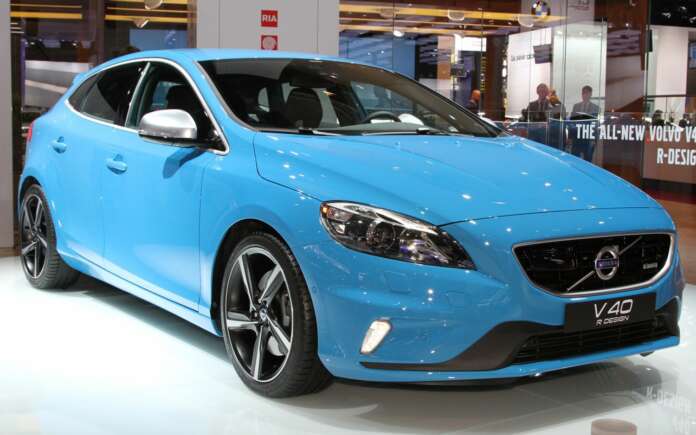 The new Volvo V40 launched in India is essentially a hatchback. though the look confuses some. He pointed out the low ground clearance factor 145 mm, which could be troublesome at times on Indian roads. He observed the mileage to be around 11.2 kmpl and 19.2 kmpl in city and highway respectively. The measure of the acceleration can be judged from the fact that the car reaches from 0 to 100 km/hr in just 9.5 secs. Now that’s a wow factor definitely, though it still can’t beat X1 in that. The braking distance is 40.2 m if decelerating from 100 km/hr to 0 km/hr. He felt that the looks are comparable to Mercedes Benz and stated that with those appealing exteriors the car’s bound to gets stares from people wherever it goes. Coming to the interiors good quality material is used may it be leather, plastic or metal fittings. The powered front seats and the driver seat having equipped with memory settings to remember the past setting of the seat and the ORVM’s position. Right now the car has a single variant that is the diesel turbo engine with 5 cylinder in-line, but they might also launch the petrol version soon.

As of now, let’s discuss the diesel version. The max power and torque figures are 150 HP/3500 rpm and 350 Nm, which are better than Mercedes A and B class’s engine.  But the max speed figure 205 km/hr can’t beat BMW. According to him the car has awesome ride quality as the car is stable at high speeds and even while moving over uneven surfaces. The engine is silent and a good behaved one. The car is loaded with features to keep you always involved  in it; starting with the panoramic sunroof, 8 inch TFT screen, rear parking camera, instrument panel which gives indication of Power, Elegance and Eco mode, LED DRL lights, elongated rear lamps, dual exhaust pipes at the rear, front bonnet, chrome grill with the brand logo intact, etc.

When it comes to safety, the Swedish car maker has incorporated some unique and very useful features one like the City Safety, Laser assisted automatic braking, 7 airbags including a knee airbag for the driver and EBA technology. He also admired the seating level which gives good visibility of the front but at the same time he complained of the poor visibility from the rear glass because of the rear architecture.

The car has good looks and full of innovative features but only for those who can afford as it comes at a high price of Rs. 28.5 lacs. The mileage for city driving is also low but you have to believe that the carmaker has made every effort to ensure it’s commuters safety (7 airbags, pilot assist, EBA etc) and protection with the burglar alarm and interior movement sensors. If you like making others jealous of your possessions especially the Mercedes owners, then don’t waste anymore time, just get it!!