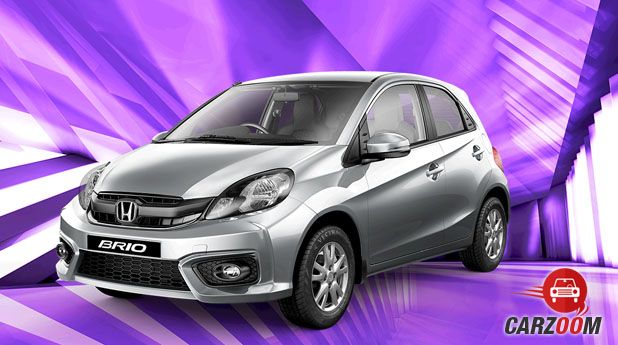 It’s been 5 years since Honda brio was launched in India which is the oldest offering in brand’s line up. It’s hasn’t been doing well as it able to bring smiles on 87,000 families which is dismal number for a brand of such class. In time when cars receive frequent updates Brio gets an update after 60 months and it comes during the festive season. Despite cute looking design, city friendly engine and decent cabin space it didn’t able to set sales chart on fire as competitors kept things a notch higher. Nevertheless, the Japanese car maker remembered they still had a cute little hatchback and it’s time to bring it back some life. If these minor nips and tucks makes Brio better or not? Let’s check out

The facelift version of Brio starts at Rs. 4.69 lakh and goes all the way up to Rs. 6.81 lakh (ex-showroom Delhi) for the top spec AT variant. The prices are at par with its competitors like Maruti Swift, Ford Figo and Mahindra KUV100. Despite new tweaks 2016 Brio still doesn’t have enough to bring back the attention of buyers.

Powering the new Brio is the same 1.2l i-Vtec engine that churns out [email protected] and 109Nm of [email protected] As before, it gets a five speed manual gearbox and a five speed automatic torque converter. As expected, i-Vtec is powerful and provides quick acceleration to move from low to high speeds, which also is its USP.

A fact states that it can cross 100 kmph in 13sec now that is something a car enthusiast would love. With the smooth 5 speed gearbox, the throws are quick. Well, that was when driving on fairly large and empty roads, now considering the car’s movement in the city, due to the light clutch and low end torque, it isn’t much difficult to handle.

Among the areas where Brio has managed to make an impact is it smoothness on uneven roads and being silent on high speeds, and easily handles the triple digit speeds with good stability. Besides peppy engine, its ability is flanked by light clutch, fun steering wheel and slick responsive gearbox. 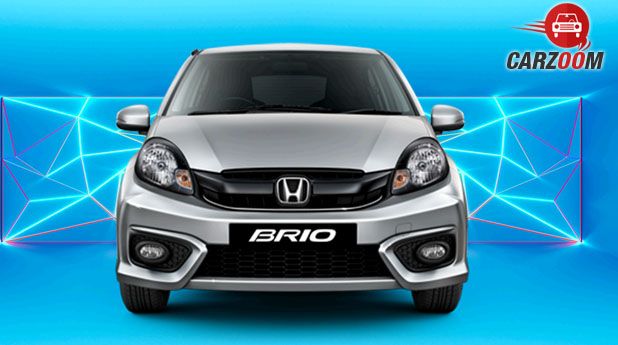 New Brio’s design isn’t radically different from the previous Gen model as updates are minimal. Brio always been a unique looking (quirky for some) hatchback with its own bunch of fan base. The new Brio retains the same profile with tweaked front fascia which adds some freshness to its profile. Like Amaze, it gets new nose with glossy black finish grille, new front bumper with revised air dam making it mature than before. The side remains untouched; Honda should have give new alloy wheels at least. The wide glass at rear still continues to feature on new Brio though the international trim gets a revised one. The Indian spec model gets slight tweaked tail lights and new rear mounted roof spoiler.

The biggest and the most needed change come inside the car in the form of new dashboard taken straight from Amaze sedan. The base and mid variants get beige combo cabin while the top variant receive all black interiors which looks up market and aggressive. The three pod instrument cluster looks cool in white and blue illumination and it looks eye soothing in darkness. The power steering with 3 spokes is smooth and provides comfortable grip for smooth journey and the comfortable seats make you feel at home.

The Piano black centre console house an obsolete 2DIN infotainment system which gives average sound quality and supports AUX in, bluetooth audio streaming, USB and Smartphone connectivity. They should have given a touchscreen infotainment system. There is no automatic climate control on offer but manual AC does a neat job and its max cool function makes cabin bone chilling in no time.

The front seats are thin yet supportive and driver enjoys fair amount of reach and height thanks to adjustability function. Though the car is a 5 seater, but the fifth person would be quite uncomfortable as it knee space is a bit tight. In addition, 175 liters of boot space bounds Brio’s practicality a bit. On the safety front, only ranging top trim VX gets dual front airbags, anti-lock braking system (ABS) with electronic brake force distribution (EBD). The Japanese car maker should have loaded safety features on lower variants as well considering the rising awareness for safety in India.