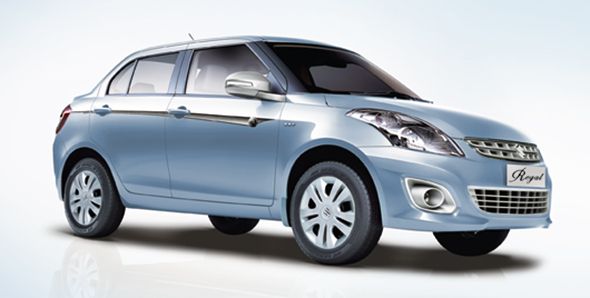 There are some four-wheeler segments that emerge out because of the market needs, for instance the premium hatchback segment cropped up because the cosmopolitan crowd yearned for more space & comforts from a hatchback while upholding the convenience of a compact car. And then there are certain segments that spawn because the strict rules or economy entails it – like the compact SUVs that are now coming to the forefront for their potency to provide their owners a commanding driving position whilst returning the fuel efficiency of an economical sedan.

However, today there is a new vehicle segment that has taken birth – Compact Sedan – all thanks to the government’s tax rebates, which is given to the cars that are less than 4-meters in length. Recently, it was solely the hatchbacks that majorly leveraged this law. The bright engineers at Tata, however,  managed to built  the  Indigo CS, which was not just less than 4-meters in length, but managed to pass on the cost benefit to the consumers to become the cheapest sedan that one could buy and drive in the country.

Now on the occasion of their 5th anniversary, Maruti Suzuki has gone the similar way and the car that flaunts an axe on the boot is gigantically popular, “Dzire Regal’ (a limited edition). The all-new trim is available only in the VXI petrol spec and comes along with updates to both its exteriors & interiors, with no alternations to the engine options, the suspension, though is turned for console. We got behind the wheel of Maruti Suzuki Dzire Regal, an absolutely a new avatar of cars to explore how this special edition behaves.

Most essentially, since it is based on the new Swift Dzire, we even desired to find out how well it handles – for the last version of Dzire made me throw up when it carried me from the airport to an event on the hill-top. Keep reading to find out what we feel about the new Dzire Regal.

Behind the Splash & Flash……

At the very first glance, the serene blue Dzire Regal look very fascinating – thanks to the smart front end that is largely borrows from the 2012 Dzire. I mentioned largely, as Maruti has given the front end some distinctive characteristics. While the fog and headlights come from the Dzire 2012, the upper & lower grille avails a prominent silver finish treatment, trading in honeycomb mesh for 2-rows of vertical slats. The fog lamp shrouds are smaller on the Regal, making the bumper appear bigger. The front bumper comes with a flared crease running all around the fog lamps. Additionally the taillights look amazing with their distinctive look and compact design. In fact, I would like to mention here, that the barring of a radical, blatantly swept-back styling design makes the taillights look elite, instead of sporty.

This sedan restores a chrome appliqué on the boot lid in order to add superlative character to the car. The lower bumper has instead drab design with no creases as opposed to its frontal counterpart. The sole saving grace is the Trademark, centrally elevated fog-light.

The side view of Dzire Regal is a bad angle though. Take a glance at it and you know it appears imbalanced. On one end there is a elongated, curvaceous bonnet and on the other end you have the stumpy boot that sticks out like a Doberman’s tail. The car has eliminated “bangle-butt” and in turn, has provided the boot lid a protrusion that looks like a lip-spoiler.  The doors too look imbalanced as the front one appears too wide than the rear one. The receding roofline highlights this feature.

Beneath the hood of Dzire Regal, you have identical engines that power the 2012 Dzire hatchback. Hence, petrol engine comes in 1.2- liter K-series engine that put out 114Nm of torque and 87PS of power. The engine turns breathless below 1,800 RPM, however, above that mark the punch is as cool as the Swift Dzire, thanks to the turbocharger.

Regal flaunts a smoother suspension set-up, which is understood as this sedan will be bought for luxury and comfort as opposed to sporty handling. Therefore, what you get is a smooth-soft ride over potholes & bumps with the trade-off being a generous volume of body roll around bends and corners.

Overall the design of the limited edition sedan “Dzire Regal” makes it appear more notchback as compared to a regular 3-box sedan. The design, however, is not a blot on the landscape as long as you do not look it plainly from the side profile.  Moreover, you will be amazed by the performance of Dzire Regal. All in all Dzire Regal is Value for Money.