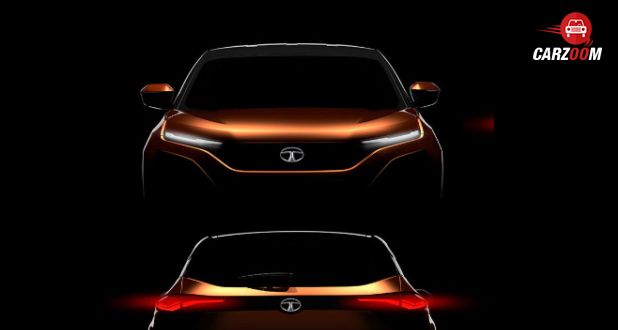 Tata Harrier was first time showcased at the Auto Expo 2018. The brand had promised to electrify their entire lineup and now its details have been revealed showcasing the same. Here are the revealed features that Tata’s Electric SUV is said to come with. Check it out:

The Tata Harrier or the H5X as it is popularly known by is expected to launch in January 2019. It  will be followed by a larger 7-seater SUV known as the H7X. The Tata Harrier Electric’s design is an evolution of Tata’s in-house IMPACT design that is the IMPACT design 2.0, showcased earlier at the Auto Expo 2018. The car revolves around a platform derived from Tata-owned Land Rover’s Discovery Sport. This platform has been modified to suit the Indian roads. The unveiling of the Harrier shows that the company is working towards electrifying all Tata platforms in the future. The company is already working on a 320 Volt electric vehicle powertrain. Tata is hoping that with this it will get quicker accelerations, better efficiency and more range.

The Harrier features a steering wheel similar to the one seen on the Tata Tiago. It is said to get a rotary dial in front of the gear lever. The car’s dial seems similar to the Land Rover offerings that show it will be a proper off-roader.  Apart from this Mahindra too is looking to electrify their line-up.

It is said to be powered by the Multijet II engine from FCA, as seen in the Jeep Compass. It carries 140PS for the 5-seater version and 170PS for the 7-seater. It would be mated to a 6-speed manual and automatic.

The car would be priced around 9 to 12 lakhs INR.