Home News and Stories Coming Soon: Hyundai Aura unveiled, to be launched in 2020 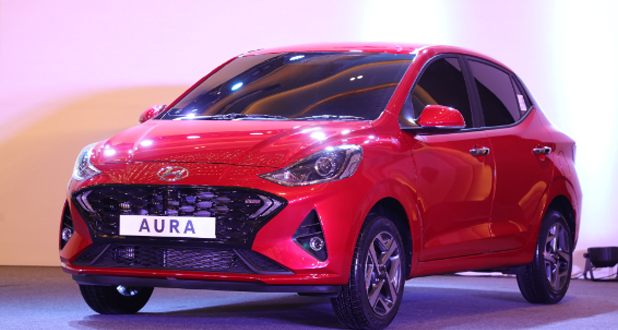 The company will officially launch the Aura on January 21 which is the successor to the Xcent and is based on the new Grand i10 Nios. The new model flaunts Hyundai’s new ‘Sensuous Sportiness’ design philosophy. Check out its specifications below:

Hyundai will offer the Aura with three BS6-compliant engines: two petrol and one diesel. It will be offered with the Nios’ 1.2-liter petrol (83PS/114Nm) and diesel (75PS/190Nm) engines. Transmission duties will be taken care of by a 5-speed manual as well as a 5-speed AMT. The second petrol unit is a detuned version of the Venue’s 1.0-litre turbo petrol engine that produces 100PS and an identical 172Nm of torque, mated to a 5-speed manual. Sadly, Hyundai won’t be offering the Venue’s 7-speed DCT (dual-clutch transmission) with the Aura. 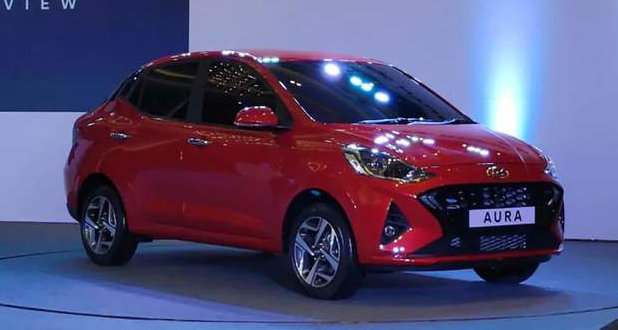 The Aura gets the same design elements as Nios including the blacked-out trapezoidal grille with integrated boomerang-shaped LED DRLs, projector fog lamps and headlamps and prominent air dams. Talking about the sides, the roofline resembles that of the Nios, while the rear gets a completely revised look.

The Aura also has a glossy black applique on the C-pillar, which lends the roof a floating effect. This also points out that it will come with dual-tone color options. At the rear, it comes with C-shaped tail lamps with LED inserts, a shark fin antenna, and a number plate holder placed in the bumper. Hyundai will be offering the Aura with its 15-inch diamond-cut alloys. 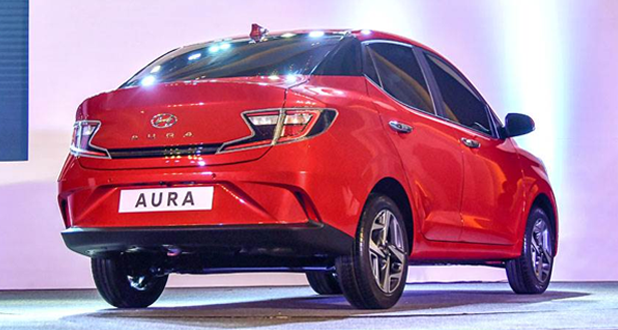 Though the company has not revealed the interior of the car, it might feature the same layout as the Nios. The sub-4m sedan will be offered with an 8-inch touchscreen infotainment system with Android Auto and Apple CarPlay, automatic climate control with rear AC vents, a 5.3-inch digital MID in the instrument cluster, and wireless charging.

The Aura will go on sale in early 2020, either late-January or early-February, with the company expected to price it between INR 6 lakh and INR 9 lakh. Hyundai will be offering the Aura with a variety of warranty packages as standard – 3-year/1 lakh km, 4-year/50,000km or 5-year/40,000km. The Aura will go up against the Maruti Dzire, Honda Amaze, Tata Tigor, Ford Aspire, and the Volkswagen Ameo. 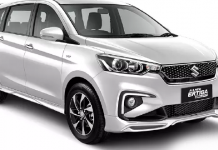