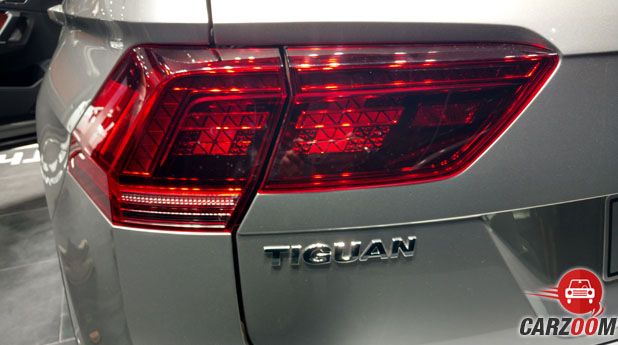 To be in the list of top contenders, Volkswagen needs fresh products as the current ones aren’t able to boost the sales. And Guess what; we witnessed range of new models like Ameo and Tiguan SUV at the biennial auto Expo this year. World premiered at last year’s Frankfurt auto expo, the SUV is expected to launch in India by end of this year or early 2017 and will be assembled at company’s plant in Aurangabad. The compact SUV is the first SUV by the carmaker to be available under Rs. 30 lakh bracket.

Based on modular MQB platform seen on Skoda Octavia and Audi, the second Gen Tiguan is grown in size as compared to its predecessor but weighs 50kg less. In addition to light weight, the compact SUV is 60mm long (4485mm), 30mm wider (1839mm) and 30mm (1633mm) lower than the ongoing model (available in International markets not in India). The wheelbase has been increased by 77mm and now stands at 2681mm.

The Tiguan is available range of engines internationally around eight engines to be precise but for India it is expected to get 2.0L TSI petrol engine which produces 177bhp of max power and available with 4Motion active control and 7-speed DSG automatic gearbox.

In its second generation, the SUV drops the butch look and opted for the lean design based on Passat GTE. At a first glance, it features a sporty and aggressive design with Dual LED headlights, bold twin slat grille and proportionate bonnet. The large 18 inch alloy wheels, a crisp line that merges into the LED tail lamps at rear, roof rails and chrome underlining corresponding to the windows gives it the eye pleasing stance.