Home News and Stories Audi A4 diesel launched in India at Rs. 40.20 lakh 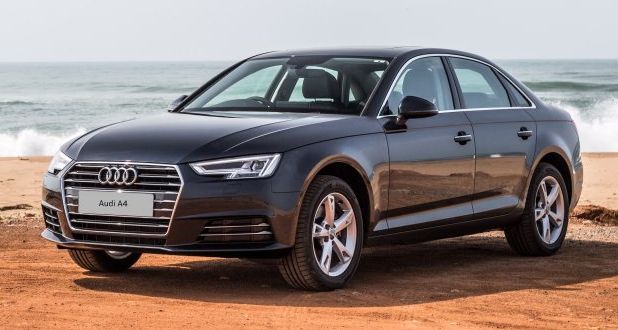 Post much delay, Audi has finally launched diesel avatar of its most popular sedan A4 in India. Badged as A4 35 TDI, the sedan is priced at Rs. 40.20 lakh (ex-showroom Delhi) and joins the petrol A4 range which was launched in September last year. The diesel version shares similar evolutionary design and same set of features of 2o16 petrol powered A4.

Bookings for A4 diesel are open at all Audi dealerships across India. Also, the new model is 120 kgs lighter as compared to older A4 thanks to new combustion methods. Under the hood, it utilizes a 2.0 litre TDI diesel engine that makes max output of 190bhp of 400Nm of high torque, linked to a 7-speed S-tronic automatic gearbox and for driving modes- comfort, dynamic, auto and individual. The engine sprints 0-100km in just 7.7 seconds while whacking a top speed of 237km/hr.

Mr Rahil Ansari, Head, Audi India, said “It is never an easy task to design a successor to a bestselling model, but that is precisely what makes the whole process so very exciting. With the all-new Audi A4 35 TDI, we are yet again setting the bar a notch higher. The all-new Audi A4 35 TDI is a groundbreaking synthesis of technology and aesthetics. The technology available on the earlier Audi A4 has been redeveloped so that it yet again defines the benchmark in the segment. With a tremendous response received on A4 30 TFSI, we are now introducing the A4 with a diesel engine which is even more powerful than the previous generation A4,”