Home News and Stories Alert: Price hike of your favorite cars from January 2016 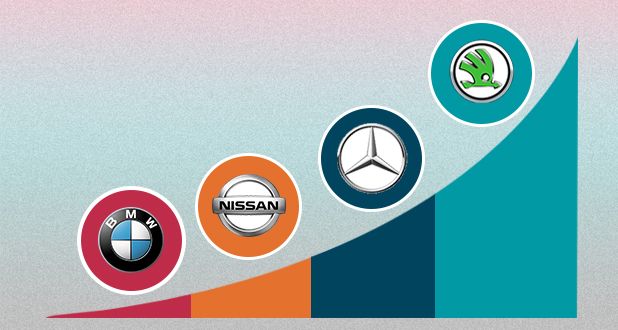 Following the typical last year trend, several automakers have announced a price increase of their entire line up to compensate hug costs due to rising expenses. Several car makers think that weakening of rupee as the foremost reason for this price increase. So if you are planning to buy new car than go grab it now before December end or be ready to shell out extra bucks.

India’s largest car manufacture has been on role in the country since a decade now with regards to dominance and sales numbers. Last year was certainly the best year for the automajor with the record sales of over 1.2 million units while 2015 figures may outdone the previous one. In addition to achievements and milestones, Maruti who sells one in every two cars sold in India has announced the price hike of its whole line up by up to 20,000-30,000 from January 2016. MSIL has the largest line up in the country and its 4-5 models consistently remain in top 10 cars of the month for most part of the year. With the launch of YBA compact SUV and automatic variants of various cars will further boost the sales in next year.

Following the price hike spree is South Korean giant Hyundai who announced price increase of up to 30,000 across its all cars with effect from New Year. Lately, country’s second largest carmaker has increased the prices of its star sellers Creta and Elite i20 by Rs. 2000-20,000. The company current sells nine models in India priced between Rs. 3 lakh (Eon) to Rs. 30 lakh (Santa Fe). 2015 has already been a remarkable year with Elite i20 achieving a 1.5 lakh sales milestone and Creta grabbing over 70,000 bookings within 2-3 months of its official launch in India. Commenting on the price hike, Mr. Rakesh Srivastava, Sr. Vice President, Sales and Marketing said, “In these challenging market conditions, we are constrained to consider the price increase on account of factors like increase in cost of components, weak rupee etc. The proposed price increase up to 30000 will be effective from January 2016 across all models including Elite and Creta.”

German luxury car manufacturer BMW is going to increase the prices of their cars by 3 percent with effect from 1st January 2016. The price hike will affect all the BMW and Mini brand models manufactured in India or brought via CBU route. BMW India’s line up include- 1 Series, 3 Series, 3 Series Gran Turismo, 5 Series, 7 Series, X1, X3 and the X5 which are locally manufactured at company’s Chennai plant While Z4 roadster, M3, M4, M5, M6, X6, i8, X5M, X6M and BMW 6 Gran Coupe are brought into the country via CBU route. Mini range in India includes- Cooper 3-door, Cooper D and Cooper S.

Mr. Philipp von Sahr, President, BMW Group India said, “The increase in prices is in continuation of our endeavor to offer the most aspirational and exceptional products to our customers and on adding more value to their overall ownership experience. We believe that the circle of ‘Sheer Driving Pleasure’ can only be completed by introducing innovative products, building world-class dealerships, state-of-the-art services that engages passionately with our clientele to deliver premium services ahead of its time.”

Mercedes Benz, the foremost luxury car brand in India has been on aggressive mode in 2015 with launch of 15 new products. If you want to buy any of the Merc model then buy it within this month only because from 1st January 2016 onwards, the car maker will raise the prices of its entire line up by up to 2 percent. Currently, Merc has 24 models in India ranging from 27 lakh to 2.7 crores and sales stood at 10,079 units in Jan- Sep 2015 period.  Mr. Roland Folger, Managing Director and CEO, Mercedes-Benz India said, “Mercedes-Benz has been creating continuous value propositions for the Indian customers by offering the best products from our global portfolio in India. We have enhanced this value addition even further through our localization efforts. However, with rising input costs, we are compelled to make some price adjustments to our product range to protect the investment of our customers in the brand, maintain our premium brand positioning in the market and sustain a profitable business. We want to further enrich the strong foundation which we have created for the brand in India.”

Aligning with the price increase, Nissan group of India will also be increasing the price of all its Datsun and Nissan models by up to 3 percent in verge to minimize to reduce the impact of incurring costs. At present, the Japanese giant sells Micra, Micra active, Sunny sedan and Terrano compact SUV while Datsun range of vehicles include Go, Go+ MPV. Nissan will be revealing X trail, Datsun Redi go and array of electric cars at the next year Indian auto expo. 2015 hasn’t been a great year for Nissan as it recorded a 24 percent drop in the sales in the country.

Get ready to spend more while buying any Toyota cars as they declared a price rise of by up to 3 percent across all its vehicles from January 2016. Toyota Innova is the best seller car from the stable while other models like Etios Liva, Etios sedan, Fortuner, Land Cruiser 200, Camry hybrid, Corolla Altis contribute significantly to the sales of brand. Toyota will launch new Innova MPV and Fortuner in India in 2016.  Speaking on the price increase, Narayan Raja, TKM director and senior vice-president, sales and marketing said. “We have been holding back a price hike and absorbing for a long time, but input costs, electricity, maintenance and foreign exchange have increased. Therefore, we have decided to increase prices of our vehicles from January,”

Automakers like Renault and Skoda will also join the bandwagon of Hyundai, Maruti etc that will increase the prices of the entire line up from 1st January 2016. Skoda India price rise will translate into 15-50k. With sales network of 66 sales and 72 service outlets, Skoda currently retails Rapid, Yeti, Octavia and Superb.

Renault, fully-owned subsidiary of France’s Renault SAS will also hike prices across its models which include Kwid, Lodgy, Duster, Scala, Fluence, Koleos and Pulse. The new prices will come into effect from first week of January 2016. Company’s recent launch Kwid has been yielding sky rocketing number for the stable with sales crossing 10,000 in first two months of launch.