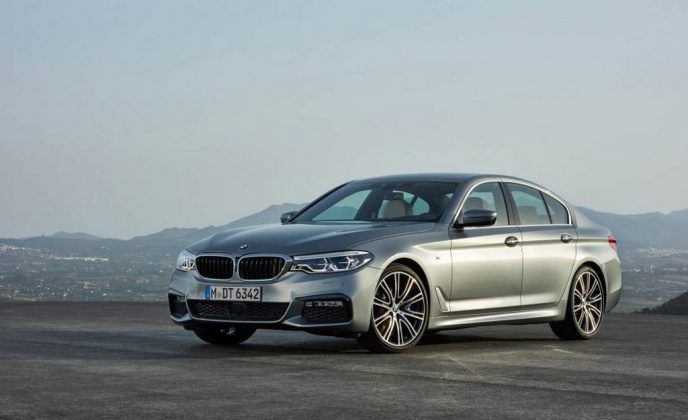 Following its global Debut in October 2016, new BMW 5-series will launch in India on 29th June 2017.  Bookings have already stared at BMW dealerships at a token amount of Rs. 3 to 5 lakh. The new BMW 5-series is slightly bigger and weighs 100 kgs less than the current ongoing model in the country. The new model comes with more powerful engines which makes it a tinge quicker than the current model. Besides, the car has been tuned to deliver better performance and enhance fuel efficiency.

It seems to have taken design inspiration from current 7-series with same evolutionary design. While LED headlamps with an optional adaptive LED lights and anti-dazzle high beam with 500 meter range makes new sedan more dynamic. For features, new 5-series comes with host of upgrades such as 10.2 inch touchscreen infotainment system with BMW iDrive 6.0 and gesture control, head up display with 600 watt Harmon Kardon sound system and 16 speakers. Other features on board will be wireless charging, massage function for second row, wireless charging, premium upholstery, quieter cabin and much more.