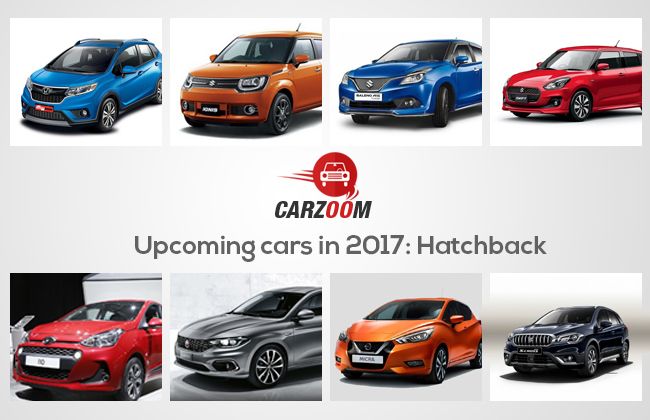 2016 has had it highs and lows, events like demonetization, diesel car ban, deregistration dented Indian automotive to a certain extent. However, Kwid, Vitara Brezza, new Innova Crysta somehow broke the jinx and shines through it with outrageous numbers. Come 2017, it’s all about new beginnings, new cars and new expectations. In price centric country like India, sub 10 lakh segment is extremely vital and competitive and dominated by hatchbacks. So several carmakers are pepping up for the interesting launches in the segment this year and we present to you some of the defining cars for the year 2017

After compact SUV, industry had a new segment called Micro SUV which kick started with Mahindra KUV100. With more automakers wanting to have a pie of this growing segment, Maruti Suzuki decided to jump into it with Ignis. Showcased at 2016 Auto Expo, Ignis is slated for India launch on 13 January. The car has tall boy stance with stylish front end featuring U shaped LED DRLs while side has flared wheel arches, 180 mm of ground clearance. Ignis is likely to come with range of first in segment features like Apple car play, Android auto, dual camera braking system, hill descent etc.

Powering it will be the 1.2l VVT petrol and 1.3l DDis diesel engines with a fuel mileage of 23 Kmpl and 28 Kmpl respectively. 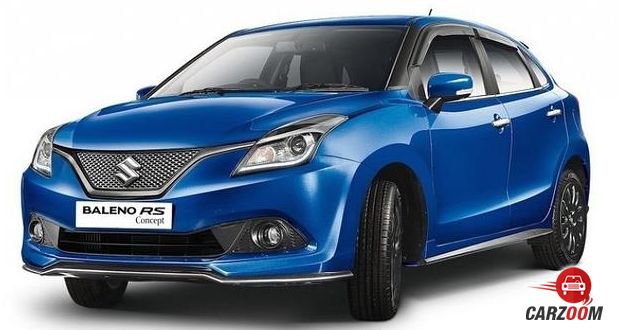 After grand success of Baleno, Maruti is planning for its sportier version christened as Baleno RS. The standard has become one of the best selling models in the country in no time and inspired by its success, MSI will launch more powerful version of it soon. Dimensionally it will be same while in terms of design RS Baleno is more aggressive thanks new front grille, sporty black alloy wheel, muscular bumpers roof mounted spoiler and RS badge. The cabin would also feature changes like new sporty steering wheel, digital instrument cluster, 7 inch touchscreen with Mylink app and much more. Under the hood will be a 1.0 litre boosterjet engine which is capable of 112bhp power and 175Nm of torque, mated to a 5-speed manual gearbox.

Chevrolet certainly needs a mass volume model in India and current lineup fails to meet the expectations. Beat hatch is probably the only car which is extremely popular owing to stylish design, pocket fuel mileage and decent riding. The Chevrolet is all set to give beat a facelift which has been spotted on roads multiple times. The upcoming looks sportier as it wears sweptback headlamps with black accents and LED DRLs (top variants only), sleek front grille and muscular front bumper with integrated fog lamps. Sides will remain apart from the new five spoke alloy wheels while rear will feature new vertical tail lights and beefy rear bumper. On the Inside, it gets new 7 inch touchscreen Mylink infotainment system, dual tone dashboard etc.

Tata Tiago, the deserving car of the year has had a dream run till now which has garnered great response among the customers. At 2016 Auto expo, Tata showcased the sporty version of Tiago called Tiago Aktiv which is also slated for April 2017 launch. But the carmaker is focusing more on the automatic version of the hatchback which is spotted on test runs quite a few times. In terms of changes, besides AMT badge and minor nips and tucks inside the cabin, the newer version is expected to remain same to standard version. It is still unclear that which engine would get the AMT gearbox. Pricing will be a bit higher than its manual counterparts. 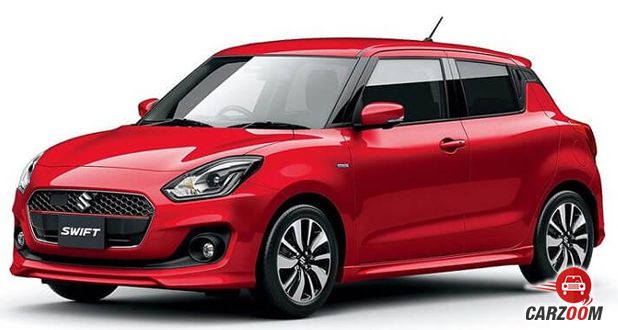 Swift needs no introduction, the global bestseller and Indian icon is all set to get major revamp this year. The newer version has already been revealed and will be launched this month in the home turf Japan. While India launch is bit away as Indian arm of Maruti is concentrating on bringing new Swift Dzire first. New Swift looks sportier and tempting than before as its wears new front fascia comprises of revised sweptback projector headlamps with LED daytime running lights, revised bonnet, new front grille and a new bumper with integrated fog lamps. The new Swift will have upmarket feel from inside as well with new touchscreen with Apple car play, Android auto and navigation, multifunction steering wheel, dual pod instrument cluster with digital MID, round AC vents and much more. 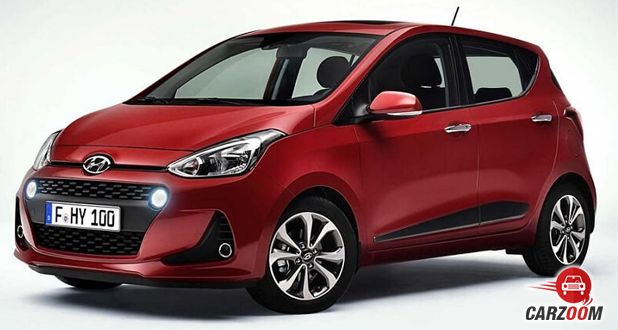 Hyundai Grand i 10 has been brand’s one of the bestselling models since its launch in 2014. After three years of dominance, Hyundai is now looking to bring the newer version in India by January 2017. The Grand i10 facelift made its world premiere at 2016 Paris motor show last year and it features cosmetic changes both inside and outside. The facelift comes with new slimmer hexagonal grille with integrated LED daytime running lights, new 14 inch alloy wheels, revised tailgate and rear bumper. On the inside, the story continues to be same as ongoing model except from the new touchscreen system, updated MID unit etc. Engine options are likely to remain same- 1.1l diesel and 1.2l Kappa petrol.

Besides these popular models, here are few other models which are expected to grace Indian roads in 2017.