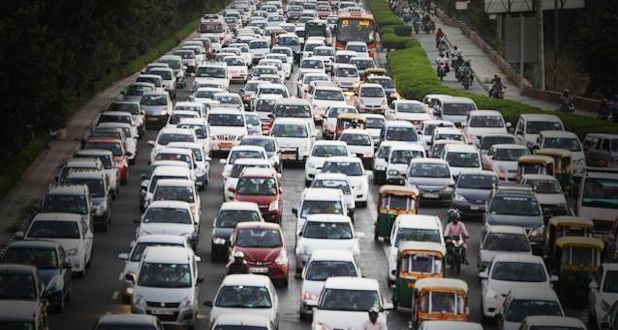 In a verge to curb the rising air pollution levels in Delhi-NCR region, the apex body in India ‘Supreme Court’ today issues a ban on new registration of diesel cars with engine capacities of above 2000cc or 2 litre from 1st January 2016 till March 31, 2016. The new rule will be applicable in Delhi, Ghaziabad, Noida, Gurgaon, Faridabad, Bahadurgarh and other parts.
Nowadays, Delhi is a centre of attraction with all started with the announcement of controversial odd-even rule which suggests cars with even or odd numbered license plates allowed to be driven only on alternate days from 8AM to 8PM. A fine of Rs. 2,000 has been proposed for those who don’t abide the rule. This announcement is followed by National green tribunal’s (NGT) order on registrations of all diesel vehicles in Delhi until the next hearing on January 6, 2016. Furthermore, NGT also asked central and state government to abstain themselves from buying diesel vehicles in Delhi.
And now in the worst case scenario the honorable Supreme Court ordering this ban and court also curbed the entry of non Delhi LCVs, trucks registered before 2006. The court also hiked Environment compensation charge (ECC) or pollution cess to Rs. 1400 for LCVs and 2600 for trucks. The court also declared that the taxis running in the Delhi-NCR region should compulsory run on CNG fuel by 31st March 2016.
This ban will have disastrous affect on car makers that have spend thousands of crores on the developing diesel engines. Mercedes-Benz, Mahindra and Mahindra would be worst affected auto majors due to this move while Audi, BMW, Jaguar, Tata motors, Volvo and Toyota will also feel the heat. In Delhi, almost 40 percent of total vehicles ply on diesel engines while more than 90 percent of the SUVs run on the oil burners.
Some manufactures argue that this rule would make their stocks outdated next year and they have to bear huge losses as a result of it. Some experts even argue that prohibition of registration of new diesel vehicles in Delhi-NCR will hardly make any difference to the atmosphere.
Here’s the list of the cars which will be banned from 1st January 2016:-