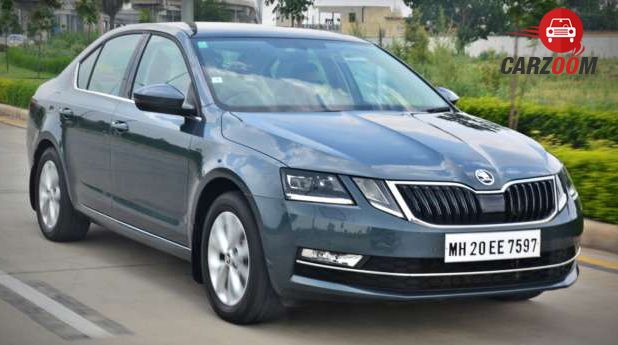 Skoda is all set to launch Octavia facelift in India next week i.e. on 13th July 2017. It was unveiled in October last year and will hit Indian shores soon. All the Skoda dealerships across the country have started accepting bookings for the premium sedan. The newer version comes with cosmetic changes both inside and outside along with new equipment. The Octavia is making comeback in new Avatar nearly after four years.

In terms of changes, it gets a new face with new Split LED headlamps, revamped signature mustache grille with piano black grille, tweaked front bumper, thin LED fog lamps, and wider air dam. Coming to the sides, it flaunts sloping roofline, new 16-inch alloy wheels, and sporty silhouette with chrome treatment. At the rear, it gets C-shaped LED taillamps and a revised bumper.

The new Octavia will be offered with one diesel and two petrol engines. The diesel segment gets a 2.0-liter engine that makes 143bhp power and 320Nm of torque which can be had in either a six-speed manual or a six speed DSG gearbox. The petrol has a 1.4l which makes 148bhp and 350Nm linked to a 6-speed manual gearbox. The bigger 1.8l petrol unit belts out 180bhp power and 250Nm of torque, accompanied by 7-speed DSG auto gearbox.

When launched, it will take on the likes of Hyundai Elantra, Toyota Corolla Altis, and Volkswagen Jetta. The new model is likely to be priced higher than the current model.