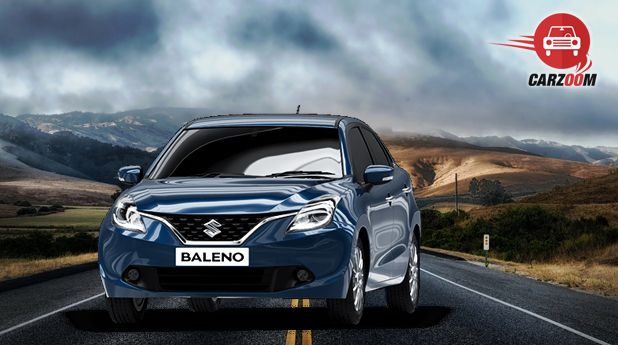 It seems Maruti Baleno is getting ready to be a next big thing in the hot hatch category in India which is currently ruled by Volkswagen Polo TSI and newly arrived Fiat Abarth Punto. Despite being launched with standard essential safety features but it was disheartening to see when Maruti not offered 1.0 litre turbo petrol engine at the time of initial launch. However, the spotted test mule suggests that the more powerful is not far away either.

The Test model was spotted in shiny black paint shade which is not a part of current seven color options available for the model as of now. The Baleno Booster jet model will be pitched against the Volkswagen Polo GT TSI, Fiat Abarth Punto and new Ford Figo hatchback.

Currently, the Baleno is available with two engine choices in India – a 1.3 l DDis diesel engine that puts out 74bhp power and 190Nm of max torque and a 1.2l VVT K series petrol engine that is good for 83bhp and 115Nm. On the contrary, the 3-cylinder booster jet turbo charged petrol engine belts out max power 110bhp and 170Nm of torque. It will be mated to a 5-speed manual gearbox while Polo GT TSI is available with 7-speed DSG gearbox. Considering the light weight platform and over 100bhp power, Baleno might become the fastest hatchback in the country when launched.

The new unit is also on the heavier side with the weight of 950 kg as compared to 865 kg of regular Baleno. The spotted model has been equipped with some additional safety aids like all four disc brakes, side airbags, tyre pressure monitoring system and radar based brake support.

If rumors are to be believed, Maruti Suzuki will launch new variant of Baleno by mid 2016 and it is expect to be priced in the range of Rs.9-9.5 lakh. Apart from new engine, design and cabin is expected to remain same as the standard Baleno.