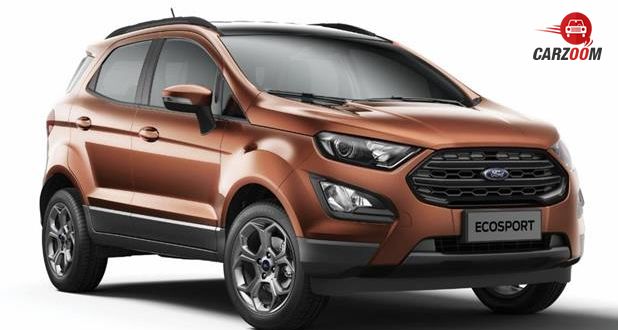 It’s just been 6 months since the launch of Ford EcoSport Facelift in India and now the company has re-introduced its 1.0 liter, turbo petrol engine in an all-new EcoSport Titanium S and EcoSport Signature editions. The Signature edition will have a limited production and the Titanium S has got a sunroof feature.

The EcoSport will also offer driving lovers the opportunity to experience Ford’s renowned Ecoboost petrol engine. Both the cars come with an improved exterior and interior to give the car a bold look. Anurag Mehrotra, president and managing director at Ford India said: “In line with our Feels like Family Promise, we are committed to meeting diverse needs of our customers and act on their feedback. The addition of a sunroof, a feature that customers have been demanding, and world-renowned EcoBoost engine technology, is an example of our commitment,” “Driven by customer feedback, the two new editions make our compact SUV even more stylish, trendier and fun-to-drive.”Check out all the specifications below: 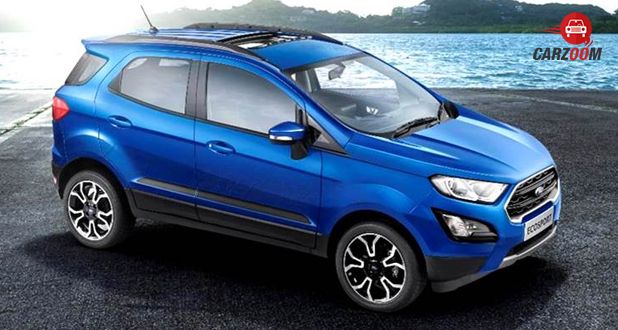 The car gets Ford Ecoboost engine that makes the power of 124 hp and 170 Nm of torque. The engine is mated to all new six-speed manual transmission, and the company also claims a 12% reduction in its emissions and a mileage of 18.1 KmPl on the EcoSport S. The car also offers 100hp, 1.5L TDCi diesel motor.

The interiors of EcoSport S have orange accents on seats and instrumental panel. It also features a stiffer suspension setup and faster steering for more spirited driving to go along with the more powerful engine. The car also gets a bigger 8-inch SYNC 3 touchscreen infotainment system that supports Apple Car Play and Android Auto. The company expanded the list by adding sunroof and tyre pressure monitoring system.

The American carmaker has launched a signature edition of the car. The new edition gets 123hp, 1.5 liters, three-cylinder naturally aspirated petrol engine with the 100hp, 1.5-liter diesel motor.

The Signature edition is a combination of style and substance offering subtle design enhancements and improved performance. On the design part, the signature edition has a different diamond 17-inch alloy wheels, rear spoiler, roof rails and bezel-less black fog lamp with all-around graphics.

The interiors are all black with blue shade seat stitching, instrumental panel, and center console to add to its overall look. This new special edition is priced at Rs 10.40 Lakh for petrol & Rs 10.99 Lakh for diesel (Ex-showroom).

The Ford EcoSport’s old competitor Tata Nexon and Maruti Vitara Breeza have been recently introduced with automatic variants, though none of them offers the Ecoboost engine. The company thinks that the launch of new editions will enhance the sale of the car.