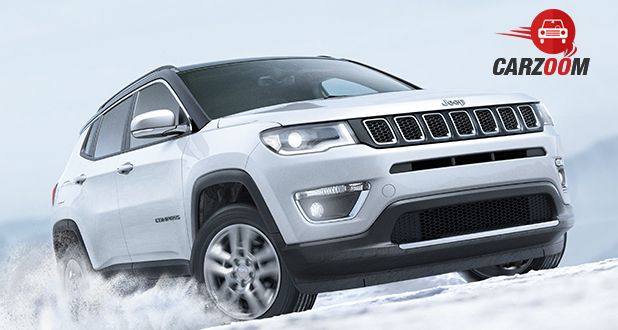 Jeep Compass is off to a great start in India as the SUV receives over 10,000 bookings which is testimony to its huge success in the market. In addition, the carmaker has received close to 1 lakh enquiries for the SUV as of now. Jeep has invested Rs. 1790 Crore in India for Compass but by this pace they will cover it soon.

To reduce the waiting periods and to cope up with overwhelming response, production in company’s facility has been fastened up in two shifts, six days a week. The Compass is available in three variants – Sport, Longitude and Limited along with 10 trims. It’s price in the range of Rs. 14.95-20.95 lakh (ex-showroom Delhi).

Its competitive price has taken the segment by storm, bookings were opened in June and the SUV grabbed 1000 within 3 days and by the time prices announced the figure touched the 5000 mark. It was meant to take on Hyundai Tucson and Tata Hexa but its aggressive pricing put it in the league of Creta. We also expect that Compass might also dent Creta’s sales figures courtesy overall better package. With Festive season around the corner we can expect the bookings to shoot further up

Coming to power aspect, Jeep Compass is available with a 1.4 litre Multiair petrol and 2.0 litre Multijet diesel engines. The former is good to deliver 162bhp power and 250Nm of torque while the oil burner diesel churns out 173bhp of max output and 350Nm torque. Both engines are linked to a 6-speed manual as standard while petrol gets 7-speed automatic gearbox.

Speaking of Jeep Compass success, Kevin Flynn, President and Managing Director, FCA India said, “The Made in India Jeep Compass has gained remarkable traction in the market since we opened the order books in June. Along with the incredible response to our pricing, customers are also drawn to the Jeep Compass for its impressive character, capability and authenticity.”