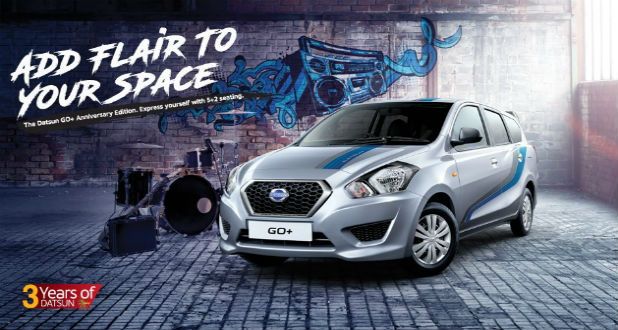 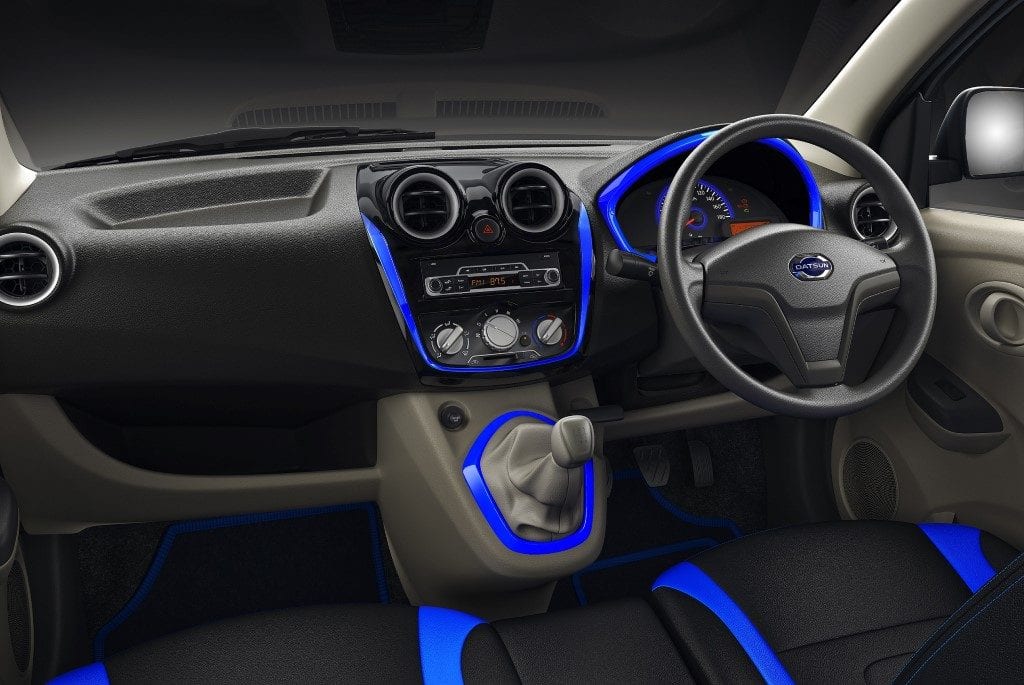 No mechanical changes have been made; Both Datsun Go and Go+ are powered by a 1.2l three cylinder petrol engine that makes 67bhp of max power and 104Nm of torque, linked to a five-speed manual gearbox.

Commenting on the launch of the Datsun anniversary editions, Arun Malhotra, Managing Director, Nissan Motor India Pvt. Ltd. said, “The Datsun brand is winning over more and more customers who are seeking accessible mobility. We are celebrating our three successful years with the launch of special anniversary editions of GO and GO+ and activities around our Datsun model range. Congratulations to the Datsun team for this milestone and special thanks to all our customers across India.”

Mr Jerome Saigot, Vice President, Datsun Business Unit said, “This year Datsun marks its third anniversary in India. To say “thank you” to entice new fans of the brand to choose Datsun, we are planning a series of customer benefit schemes to draw in more people to discover what Datsun has to offer.”