Tata Motors has finally revealed the name of its upcoming 7 seater SUV, Gravitas. The SUV was till now known as a seven-seater harrier. It was first showcased at Geneva Motor Show 2019. The Gravitas is based on Harrier, so there are no changes. However, its rear end will be restyled to accommodate the third row.  It will also be slightly larger than the Harrier. Check out its features below:

The car will offer the same 2.0-liter diesel engine that is also present in the Harrier, but a more powerful state of tune. The specs might match those of the Jeep Compass as well. The six-speed manual transmission from the Harrier will be on offer in the Gravitas with the addition of a Hyundai-sourced six-speed automatic to the options list. 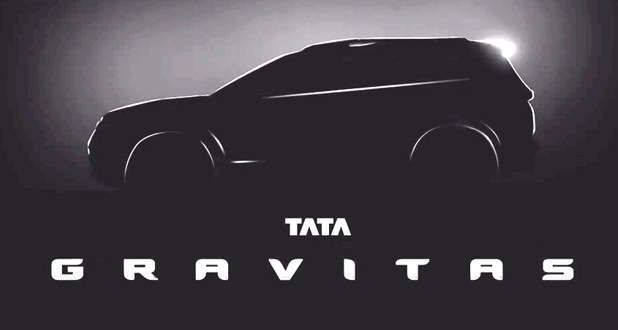 Tata has been working on a petrol engine for the Harrier and we could see the Gravitas this engine later in 2020.

Talking about the features, Gravitas will be loaded with the same ones as Harrier. Tata might offer a panoramic sunroof in the Buzzard and bigger wheels as well.

The Gravitas was initially supposed to be launched in December 2019 but Tata has now shifted it to February 2020, probably at the auto expo.

When launched, we expect it to be costlier about 1 lakh INR over the Harrier. In the first place, it will rival the upcoming 7-seater version of the MG Hector and the next-gen 2020 Mahindra XUV500.