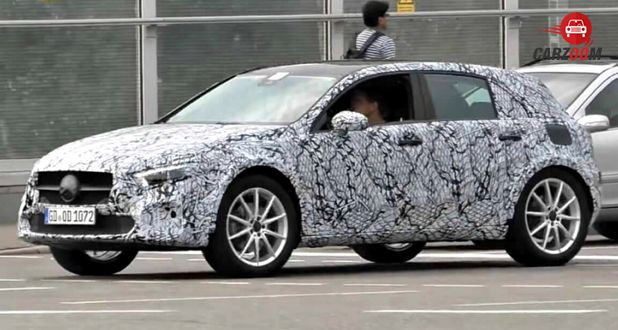 The Isuzu mu-X that is the successor of mu-7 which made it’s Indian debut earlier this year. The carmaker updated the mu-X last year and is now all set to launch the updated version in the Indian markets. The 2018 mu-X is on sale outside India and is expected to launch in India on Diwali eve. We expect the updated version car to come with some attractive features. Let’s take a look:

The car would not see any sheet metal changes. The updated mu-X will get a redesigned front bumper, grille and rear bumper. This SUV will also get 18-inch wheels same as its predecessor. Its current version has 17-inch machine finished wheels.  Exterior updates of the car have projector headlamps with daytime running LEDs and tail lamps with LED elements. In China the Isuzu mu-X gets cabin updates and it will be interesting see whether it gets the same in India or not. It would be great if it borrows the minimal dashboard design that it gets in the Chinese market. The car is said to get an updated 8-inch infotainment system but it does not support Apple CarPlay and Android Auto.

The car is not expected to change its engine. It whould be powered by the same 3.0-litre 4-cylinder diesel engine. The company might also introduce its torquier diesel engine in the country to take on the Ford Endeavour and the Toyota Fortuner. The vehicle comes mated to a 6-speed Aisin-borrowed torque converter automatic, wherein the present model in India has 5-speed AT unit.