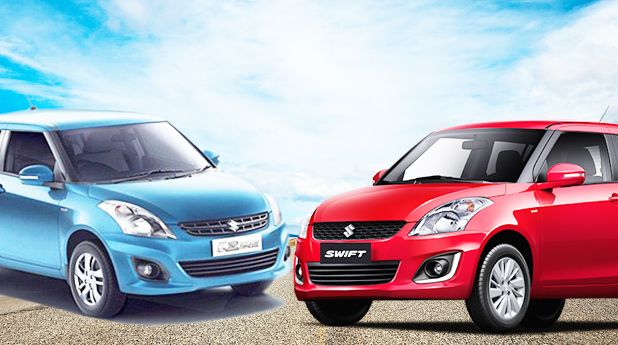 Taking a step in right direction to improve safety aspect of its vehicles, India’s largest carmaker Maruti Suzuki has now declared that it will now offer Dual front airbags and ABS as optional equipment in all the variants of Swift and Dzire.

Until now, these safety features were only offered on the top variants which make buyers left with no option but to comprise with safety while buying the vehicles. But that was until today as both the vehicles now get airbags and ABS as an option across all the variants. This is pretty good move by Maruti which we hope yield more positive results on the goodwill of the carmaker.

Auto majors like Toyota, Volkswagen already provide Dual front airbags and ABS as standard on all of its vehicle line up. Collectively Swift and Dzire have significantly contributed towards strengthening company’s market pie in the market by retailing over 32,000 units a month. It could become even better if Maruti provide these features on entry level variants like Alto 800, K10 and Celerio.

This is a great move considering the increasing awareness towards safety among the buyers and it will also help Maruti in the cause of upcoming mandatory crash test norms that will take place in 2017. Recently launched Maruti Baleno gets dual airbags, ABS and seat belt pretensioners as standard on all variants while S-Cross gets driver side airbag on the base trim.

Commenting on the launch of the variants, R S Kalsi, executive director, marketing and sales, MSIL, said, “The Swift and Dzire are two of the most popular cars in India. Both have played an instrumental role in shaping the Indian automobile industry. The cars are known for contemporary styling, superior comfort, convenience features and performance. By offering driver and co-driver airbags and anti-lock braking system (ABS) across all variants of Swift and Dzire, we want to further strengthen their popularity among customers.”