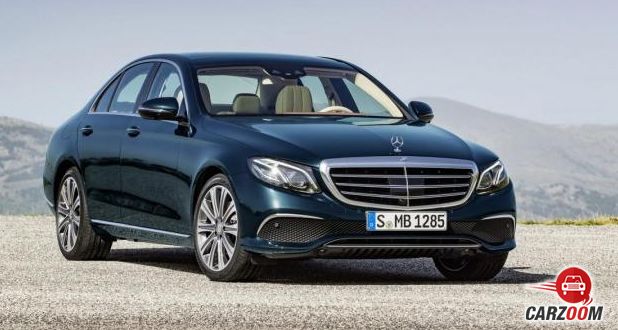 Last year, Mercedes-Benz confirmed that it would launch new E-class in India by 1st Quarter of 2017. Reportedly, German carmaker will launch new E class by early March this year and company will be introducing the LWB (longer wheelbase) guise. This is for the first time that V213 (LWB) will be launched in India. A media report also claims that selected dealers have started accepting bookings for the car for a token amount of Rs. 2 lakh.

Since it’s a RHD version, Mercedes has to incur huge investment but considering E class popularity in India, it is expected to pay off. Mercedes’ bread and butter model is not only 43mm longer (5099mm length), but also possess wheelbase is a full 65mm larger (3079mm) as compared to standard model. However, length and width has been decreased by 6mm and 2mm and the new model is lighter by 70 kg.

Exact engine details aren’t available yet, however it is likely to get a 3.0 litre V6 turbocharged engine that makes 258PS power and 620Nm of torque. It might also get 2.0 litre petrol and diesel engines, all the powertrains are paired with a 9-speed automatic gearbox and start/stop function.

Expect prices to range between Rs. 55- 65 lakhs (ex-showroom) and will take on Jaguar XF, Audi A6 and BMW 5 series. Mercedes will also launch V8 powered AMG variant of E class at a later stage.