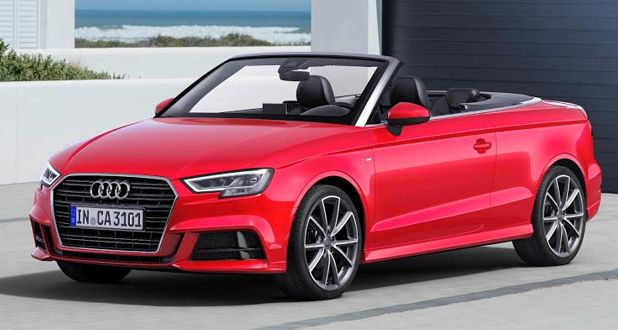 The German Giant Audi has launched 2017 Audi A3 Cabriolet in India at a starting price of Rs. 47.98 lakh (ex-showroom Delhi). A3 Cabriolet, one of the most affordable convertibles on sale receives a host of changes in line with A3 sedan which was launched in 2016. The soft top version was launched in 2014 and within two years of its launch Cabriolet gets its first facelift. The facelift is available for bookings now.

The biggest change comes under the hood, 2017 A3 Cabriolet comes with 1.4l TFSI petrol motor and it replaces the 1.8l engine of the outgoing model. As a result of downsized engine, power is down to from 180bhp to 150bhp. The 1395cc turbocharged engine is tuned to produce 150bhp of power and 250Nm of torque, linked to a 7-speed DSG automatic gearbox. The engine is equipped with cylinder on demand (COD) technology that shut off the unused cylinders when speeds are low; this not only helps to low emission but also enhances the fuel efficiency. 2017 Audi A3 Cabriolet claims an ARAI rated mileage of 19.20 Kmpl. 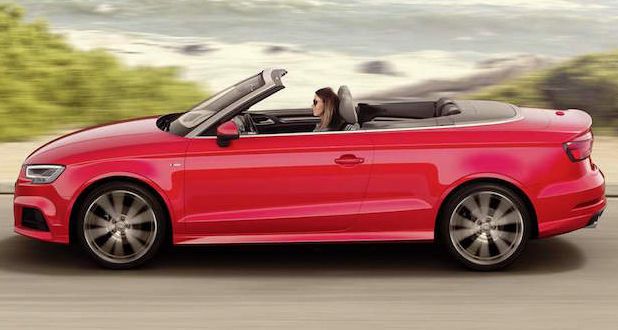 As said, new A3 Cabriolet gets subtle design changes which are pretty similar to new generation A4. The new model looks different thanks to new wide headlamps with LED daytime running lights and new signature hexagonal grille which further enhances car’s aggressive stance. The front bumper has also been revised. Side remains same while the rear gets redesigned tail lights with integrated dynamic turn indicators. The soft lightweight roof top now comes with acoustic noise insulation and it can be lowered or raised even at a speed of up to 50km/hr.

Mr Rahil Ansari, Head, Audi India said, “The Audi A3 Cabriolet, first showcased in India in 2014 has received an overwhelming response from young and young hearted customers. The successful compact luxury convertible has now become even better with the new engine as well as newly designed headlights and tail lights. This open top, four-seater will offer an improved and exhilarating driving experience with higher levels of safety and comfort, it is just the beginning of a very exciting line up of new and improved vehicles that we plan to unveil in 2017. The new Audi A3 Cabriolet perfectly embodies ‘Vorsprung Durch Technik’ and truly reflects ‘luxury without compromise.”