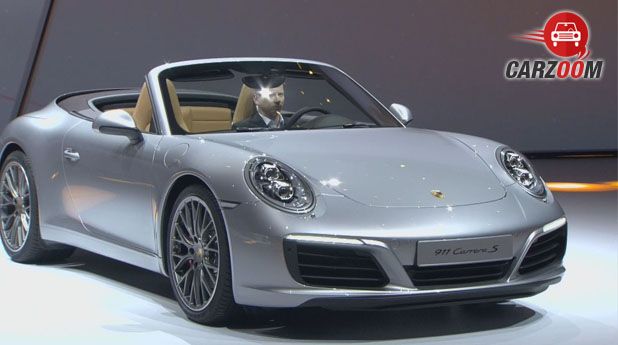 Porsche 911 has been an iconic range and winning hearts of buyers since 1963. The Stuttgart based carmaker has now launched the updated range of legendary 911 with prices start at Rs. 1.42 crores (ex-showroom Delhi). Like ongoing model, the new 911 range will be sold in India as CBU (Completely built unit) which is available in four trim levels- Carrera, Carrera S, Turbo and Turbo S and their respective Cabriolet versions. Porsche also revealed Panamera yesterday which is scheduled to launch in India by mid of next year.

All the models now feature a tweaked sharper design and in addition to it the powertrain has been re-tuned with more power to bring out more performance on the sports car. There are no drastic changes on the new range but it gets new four pot projector unit with daytime running lights. The air dam is now wider to induct more air and received dark accents while alloy wheels too get new design. There is also tweaked rear lid with vertical louvers, new LED tail lights and redesigned cooling vanes. 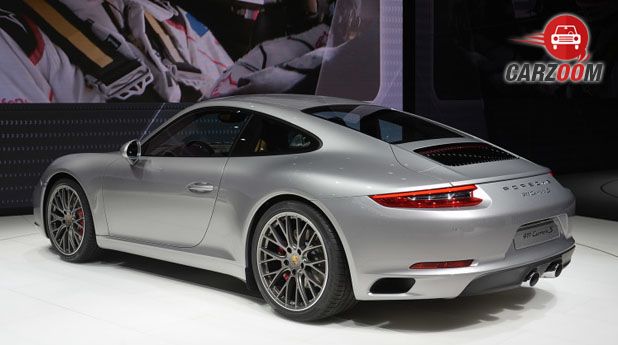 Inside the luxury domicile the magnificent layout has been retained while it now comes with a 7 inch touchscreen with Porsche management system (PCM), proximity sensor which activates the screen with hand movements. The system also supports Apple car play, Wi-Fi and handwriting recognition.

In the latest update, much to the treat of Porsche’s enthusiasts powering the Carrera 911 is new 3.0 turbocharged flat six petrol engine that now belts out 350bhp power and 390Nm of torque and for the S variant power and torque go way up to 414bhp and 500Nm respectively. The top range 911 turbo is powered by a 3.8 litre flat six petrol motor which develops 532bhp of max output and 708Nm of high torque for turbo version. The Turbo S makes 572bhp and 749Nm of torque and can make 0-100km sprint in 2.9 seconds with top whack of 319 km/hr. All engines are paired to Porsche’s 8-speed PDK dual-clutch automatic transmission.