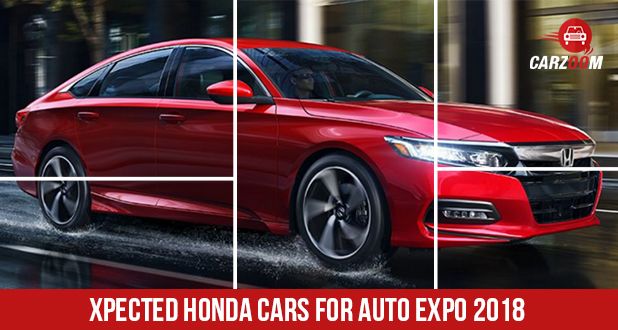 At the Tokyo Motor Show which was concluded last month, Honda revealed its grand plans of getting six brand new Honda vehicles in the next three years. With 2018 Auto Expo around the corner, we expect that the company might display few of them. So here’s a tentative list of the expected debuts. 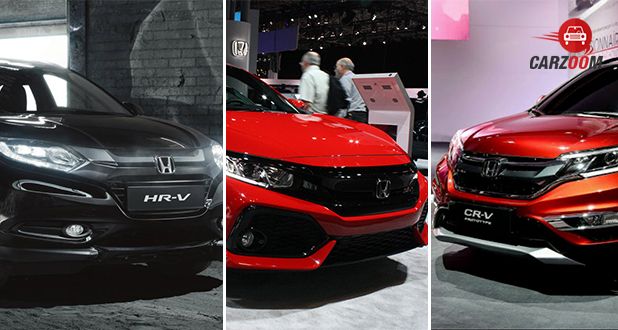 Honda Civic
After Honda discontinued Civic in India there was no offering between the City and the Accord. However it is expected that Honda will showcase an updated version of civic which will be available with a 1.8-litre petrol and 1.6-litre diesel engines option.

Honda CR-V
It is expected that new Honda CR-V will come with the diesel engine which was unavailable until now. The base LX model will be powered by a 2.4-liter I-4 engine that produces 184 hp and 180 lb-ft of torque . It is rated at an EPA-estimated 26/32 mpg city/highway with front-wheel drive and 25/31 mpg with all-wheel drive.

Honda Accord
Accord is also on the cards of Honda. Honda Accord will come with the hybrid powertrain which will generate the power of 212PS with the peak torque of 315Nm. It is already on sale in the US but yet to come in Asian market. If reports are to be believed, Honda is eyeing on the Auto Expo 2018 to showcase the Accord.

Honda HR-V
If reports are to be believed Honda HR-V is expected to be seen in the mega event of Auto Expo 2018. It will carry the price tag between Rs 12 to 16 lakhs and will offer the same engines of Honda City.

What are you expecting from Auto Expo 2018? Tell us in our comment section.